HomeBusinessA dream come true? The challenges of being an esports star
Business

A dream come true? The challenges of being an esports star 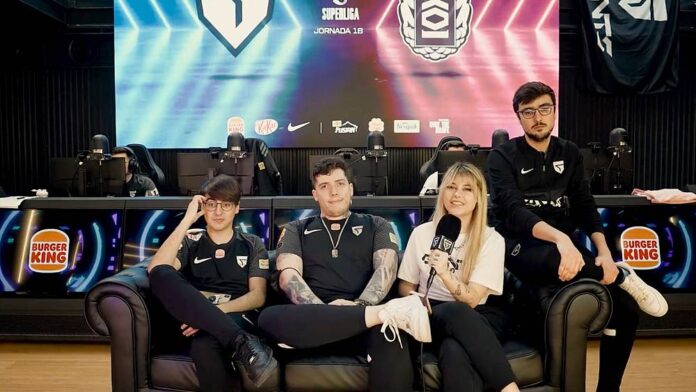 Playing computer games for a living might sound too good to be true, but for some talented individuals, it’s a full-time job.

The esports industry has been booming in recent years, and expert players can now make gaming their profession at esports companies like Giants.

Located in Malaga, Spain, Giants is one of the oldest esports organisations in the country and has a “really passionate and dedicated” fanbase, according to Alejandro Pedrosa, its Head Coach.

With so much at stake, what is life like for the players, many of whom join the team in their teens?

“I joined Giants when I was 17, and from that point, I realised that you could make a living out of it, earn a salary, have a future,” says professional esports player Antonio Espinosa, known to his followers by his digital moniker “Th3antonio”.

Antonio’s love of computer games started at a young age and has seen him develop into one of the most talented players on the scene – and the top-ranking player at Giants.

“I believe that Th3Antonio is today, without a doubt, the best player in the national leagues,” says Davide Vincente, Giants’ Director.

“Since I’ve been at Giants, except for the first Split, we’ve always qualified for the playoffs, and we’ve always won,” explains Antonio.

But success can lead to pressure, particularly online.

“There are a lot of people that cross the line and sort of think that everything is allowed on the internet and don’t realise the amount of damage that they can do to very young people,” Alejandro reveals.

Online harassment in the esports community

“The Giants’ fan base is really, really passionate and dedicated and that’s a great feeling to feel the support, but the downside of that is that obviously some of these people may sometimes go a little too far and create a bit of extra stress,” continues Alejandro.

“You are exposed to many people and thousands of people watch you play and if you do something wrong, they insult you by saying bad things,” he explains.

Some spectators didn’t just criticise his gameplay, though, they started commenting on his private life too.

“I was in a relationship with a girl and when we were together there were a couple of people who were like stalkers, commenting on us and everything we did,” he continues.

“He was harassing me with emails, messages every day and it was really annoying. I told him to stop, but he didn’t.”

In the end, the abuse got so bad that Antonio went to the police, but as the individual wasn’t from Spain, they were unable to act.

What about women in esports?

Gender can also play a role in online abuse too, particularly as esports is male-dominated.

“I believe in terms of hate, I’ve experienced the same levels of hate in a mixed team as in an all-female team. People are like: ”Ah, you need to be in a female team because you’re not good enough to be in a mixed one,’’ says Jess Gorzycka, a Giants player.

While Jess has had some negative experiences and comments, she believes the good outweighs the bad.

“I’ve always considered streaming the best job in the world. There are some issues, but my audience is very understanding and they want what is best for me,” she says.