HomeBusinessAn AI robot as CEO: Is this the future of work in...
Business

An AI robot as CEO: Is this the future of work in the metaverse? 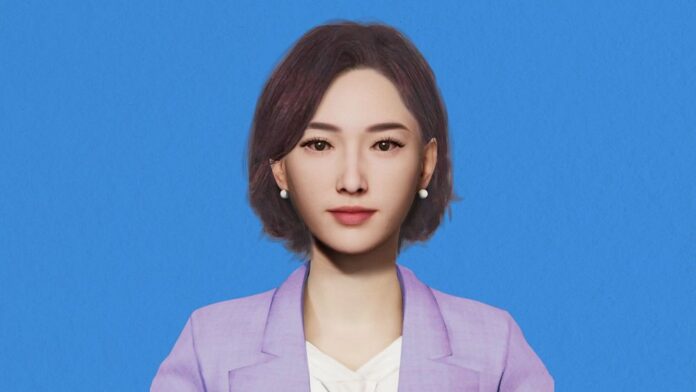 It’s Monday morning and you’re in Hong Kong having coffee with your new boss, a virtual robot powered by artificial intelligence. Meanwhile, your digital clone is attending another meeting on your behalf, taking notes that you’ll review later, but you’re actually working from your bedroom in Rio de Janeiro.

It may sound straight out of a science fiction novel, but this is the future of work promised by the metaverse and by NetDragon, a Chinese company that recently appointed an AI-powered virtual humanoid robot as the rotating CEO of its flagship subsidiary, Fujian NetDragon Websoft.

The metaverse, often dubbed the next version of the Internet, promises a 3D virtual world that people enter via virtual reality (VR) and augmented reality (AR) headsets to do business, hang out and play games through their virtual avatars or holograms.

NetDragon Websoft, the Chinese gaming company which has gained a reputation with games such as Eudemons Online, Heroes Evolved, Conquer Online and Under Oath, is betting heavily on this new digital world and its related technologies.

“From our standpoint, the metaverse is here to stay, and an AI CEO is part of the plan to go in there. We are doing this for real,” the company’s vice chairman, Dr Simon Leung, told CNBC in September.

The appointment of Tang Yu, the name of the AI-driven virtual robot CEO, “is a move to pioneer the use of AI to transform corporate management and leapfrog operational efficiency to a new level,” the company said in a statement, adding that it represented a major milestone” towards being a “metaverse organisation”.

What exactly will Tang Yu do?

The company said the humanoid robot would “streamline process flow, enhance the quality of work tasks, and improve the speed of execution”.

In addition, “Tang Yu is expected to play a critical role in the development of talents and ensuring a fair and efficient workplace for all employees”.

“We’re going to get Tang Yu to help us to run the company, and then we can move resources that we have doing her job into other segments that will help us to grow the business,” said Leung.

The statement provided no details on whether Tang Yu would make independent decisions as a CEO, or whether the robot would be supervised by a human.

The company did not respond to Euronews Next’s request for comment.

Its announcement hints at the deep changes our workplaces could undergo if and when companies truly embrace remote work and the metaverse.

The metaverse workplace could see us working from anywhere in the world, thanks to augmented reality and motion sensors that make our digital avatars act as we do. Our workspace could also be customised to our quirks and preferences.

It would potentially eliminate the need for physical office spaces and equipment, and the need to come into contact with each other, face-to-face.

Colleagues working in separate geographic locations could collaborate as if they were physically in the same room, with features such as digital interactive whiteboards for brainstorming.

This year, Microsoft started rolling out Mesh, a system for virtual augmented reality meetings that will be integrated into Teams.

According to Gartner, the international consulting firm, one-quarter of the population will spend at least one hour a day in the metaverse by 2026 – whether it’s working, shopping, socialising or for leisure.

“Our clients sometimes have employment issues, and we help them through those, but we’re also working with them to predict what are the issues in the next six months, the next 12 months, going to be for them,” Olivia Sinfield, partner at Osborne Clarke, told Euronews next.

“With something like the metaverse, it’s really crucial that they’re starting to plan and prepare for that now, which is why we need to get on top of it so that we can have these conversations with our clients”.

The health risks of the metaverse workplace

Despite the potential benefits the metaverse workspace may offer, such as being able to choose where you live more freely, reducing travel costs and almost eliminating the need for physical offices, a concern arises: will it be good for us?

The Europe office of the World Health Organization has already warned the metaverse could pose risks to public health.

“Spending more time online connected to the metaverse with gadgets may reduce levels of physical activity and give advertisers many more ways to promote unhealthy products such as junk food, tobacco or alcohol,” Dr Kremlin Wickramasinghe, Acting Head of the WHO European Office for the Prevention and Control of Noncommunicable Diseases, said in a statement early this year.

But the health implications could run much deeper than reduced physical activity and exposure to unhealthy advertising.

Human social behaviour is important for our health and survival, and research shows psychiatric disorders often involve some disruption of normal social behaviour. That’s because we are social creatures – it’s in our DNA, and our hormones are designed to propel social engagement.

The coronavirus pandemic has already highlighted the risks of less face-to-face interaction, and so has the rise of social media.

Many studies have warned that excessive use of platforms such as Facebook, Instagram and TikTok could cause symptoms of depression, addictive behaviour, loneliness, and anxiety.

We have also been alerted about how remote work aggravates isolation.

A pan-European poll carried out in September by LifeWorks, a well-being services company, found that 39 per cent of workers surveyed were at high risk of mental health issues. Nearly one-third of respondents reported often feeling alone.

“We can transact in these 20-minute Zoom calls and then move on. But that doesn’t build a sense of belonging,” LifeWorks’ global leader of research Paula Allen told Euronews Next earlier this year.

A separate study by researchers at Boston University and the University of Canterbury found that the loneliest employees were those working from home.

But the metaverse presents itself as a hybrid between working from home and working at the office: it is not entirely remote, nor it is actually presential.

More research needs to be done to understand the potential health implications of working in the metaverse, but some studies highlight other possible risks.

A 2010 study found that people were more likely to experience increased dissociative feelings, also known as a depersonalisation-derealisation disorder, following a VR immersion.

This disorder is characterised by a feeling of being disconnected from our bodies and thoughts and can lead to severe anxiety and panic attacks.

Some VR users on Reddit have signalled feeling ill after prolonged VR sessions: “It’s almost like a little hangover, depending on the intensity of your VR experience (…) [But the physical symptoms] usually fade within the first 1–2 hours and get better over time”.

On a more positive note, other studies suggest that work in the metaverse “may alleviate the screen fatigue and mental health issues associated with the isolation of remote working,” according to Osborne Clarke’s Sinfield and her colleague Alex Farrell-Thomas.

“The interaction in the metaverse is more akin to the human connection that we experience from working and collaborating in person,” they wrote on the HR website Personnel Today.

“Employers have a duty to look after the health and wellbeing of their employees and particularly now post COVID,” Sinfield told Euronews Next.

“They’re going to have to be able to reassure employees before they expect them to stop working in this way”.