HomeBusinessCOVID may have collectively changed our personalities, study finds
Business

COVID may have collectively changed our personalities, study finds 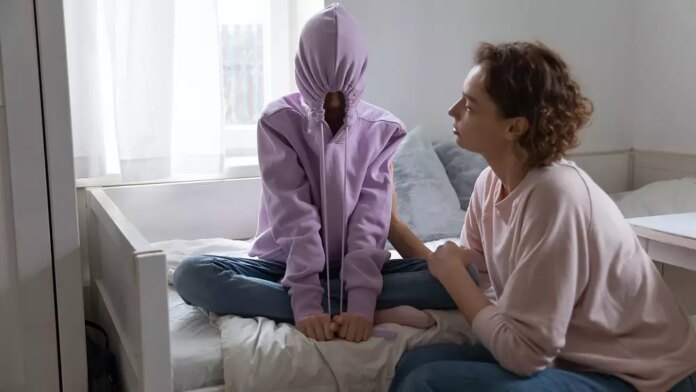 Can a traumatic event or experience completely alter an entire population’s personality?

Until recently, scientists had not found any direct association between collective stressful events and broad changes in a population’s personality.

But the COVID-19 pandemic may have changed that.

In a recent joint study, researchers from the United States and France set out to compare levels of the five-factor model of personality traits before and after the coronavirus pandemic.

The five-factor model – often referred to as the “Big Five” – is a broad grouping of personality traits which include neuroticism, extraversion, openness, agreeableness and conscientiousness,

Their observational study compared the personality traits of over 7,000 people in a period before the pandemic struck between May 2014 and February 2020, then during March to December 2020, and finally during a third period in 2021-2022.

A total of 18,623 assessments were analysed, with participants ranging from the ages of 18 to 109, both men and women,

Most participants were enrolled in the University of Southern California’s Understanding America Study (UAS), a panel of approximately 9,500 respondents representing the entire US.

The aim of the UAS, which is completed entirely online, is to try to create an in-depth portrayal of the behaviour of people living in the country.

Data from 2020showed little changes in personality traits compared to pre-pandemic times, except for a slight decline in neuroticism.

A year later, however, when scientists compared pre-pandemic surveys with 2021-2022 data, they noticed a decline in all the other four traits: extraversion, openness, agreeableness, and conscientiousness.

The changes represented “about one-tenth” of a standard deviation, the study authors said, which is equivalent to about one decade of normative personality change, the normal personality development humans experience across their lifetime.

Changes in personality showed to be determined by age

According to the study, younger adults – aged 18 to 25 – displayed a remarkable “disrupted maturity in the form of increased neuroticism and decreased agreeableness and conscientiousness”.

Why younger adults? Sutin says the reasoning behind the behavioural change for young adults is speculative because they did not measure the change indicators, but she says the disruption “may have had a larger impact on younger adults because tasks such as going to school and the transition into the workforce, being sociable and developing relationships are very important for this age group”.

And although the COVID-19 period was stressful for everyone, “it disrupted the normative tasks of younger adulthood”.

Older adults, in contrast, generally have more stable and predictable lives and social networks that might have provided more stability despite the upheaval of the pandemic compared to younger adults, she said.

Scientists will continue to track down the participants of the study, and if the changes endure, the study could be evidence of how population-wide stressful events can change our personality, collectively, especially amongst younger adults.

Are the results surprising?

Virtually every aspect of the modern world has been affected by the pandemic.

Countries went into lockdown, businesses faced enormous challenges, and there was a massive toll on people’s mental health. So, perhaps the results are not exactly unexpected.

But the paper, published in Plos One, a peer-reviewed open-access scientific journal, contributes to our understanding of the precise mental health consequences of the pandemic, which have been widely reported on.

From a theoretical perspective, the study is also “an unprecedented opportunity” to examine how stressful global events can have a direct influence on personality changes collectively.

“It contributes to a greater understanding of personality traits and the factors associated with a change in the traits,” Sutin told Euronews Next.

International research on mental health is advancing rapidly, and concerns about mental health have led 90 per cent of countries surveyed by the World Health Organization (WHO) to include mental health and psychosocial support in their COVID-19 response plans.