HomeBusinessMonkeypox outbreak: Everything you should know about the virus so far
Business

Monkeypox outbreak: Everything you should know about the virus so far 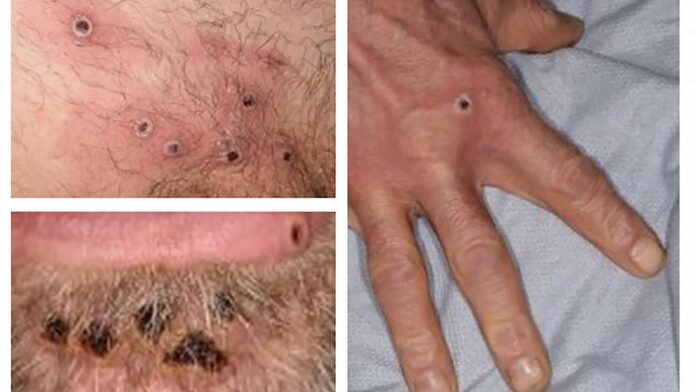 The monkeypox outbreak that started in Europe at the beginning of May has now spread across the world and infected over 2,000 people.

The World Health Organization (WHO) has described the outbreak as “unusual” and said the virus’ continuing spread was worrying enough to convene its expert committee on Thursday to decide whether the disease should be declared a public health emergency of international concern.

That label would give this tropical disease the same designation – and the same kind of attention – as Zika, Ebola or more recently COVID-19.

Monkeypox has historically been a disease limited to Africa and neglected by the rest of the world. Today, scientists are puzzled as to how it could have managed to suddenly cause a sizeable global outbreak, and why the overwhelming majority of patients infected with it are men who have sex with men.

Here’s what we know so far about the virus and its spread.

Where are monkeypox cases being found?

The ongoing outbreak of monkeypox in Europe and North America marks the first time the disease has been known to spread among people who have no travel links to Africa, where it is endemic.

As of June 15, a total of 2,103 laboratory-confirmed cases, including one death, have been reported to WHO.

“The outbreak of monkeypox continues to primarily affect men who have sex with men who have reported recent sex with new or multiple partners,” the UN health agency said in its latest situation update.

The UK Health Security Agency (UKHSA) was the first health authority in Europe to publicly report a case of monkeypox on May 7 in a person who had recently flown into the UK from Nigeria.

By June 20, the UKHSA had reported a total of 793 confirmed cases. Of these, 766 were found in England, mostly among residents of London. More than 95 per cent of UK cases so far have been in men.

Across Europe, 1,158 confirmed cases of monkeypox have been reported from 22 countries as of June 15, according to the European Centre for Disease Prevention and Control (ECDC).

What are the symptoms of monkeypox?

Monkeypox is a relative of smallpox, a disease that was eradicated in 1980, but is less transmissible, causes milder symptoms and is less deadly.

The disease can be deadly in 3 to 6 per cent of cases, according to recent estimates from the WHO, but that data is drawn from previous outbreaks in Africa with lower access to healthcare services.

Monkeypox disease typically lasts for two to four weeks and symptoms can appear anywhere from five to 21 days after infection.

However, the WHO says many cases in this outbreak are not presenting the typical clinical picture for monkeypox, namely fever, swollen lymph nodes, followed by a centrifugal evolving rash.

Other symptoms include fever, headaches, muscle aches, chills and fatigue.

Swollen lymph nodes in particular is a symptom that typically what helps doctors distinguish monkeypox from chickenpox or smallpox, according to the WHO.

It says many patients are presenting only a few or even just a single skin lesion, and lesions that begin in the genital area or around the anus and do not spread further.

The UKHSA has published pictures of lesions on different skin tones. “The rash changes and goes through different stages, and can look like chickenpox or syphilis, before finally forming a scab, which later falls off,” it says.

How do you catch monkeypox?

The virus typically enters the body through skin lesions, the respiratory tract or mucous membranes (the eyes, nose, or mouth).

Anyone can catch the virus by being in direct face-to-face or skin-to-skin contact with an infected human or by touching contaminated bedding or clothing.

It’s not clear, however, what role sexual bodily fluids play in the transmission of monkeypox.

The WHO has emphasised that the virus spreads through close contact regardless of sexual orientation. But it said last week it was looking into reports that the virus is present in the semen of patients, and is exploring the possibility that the disease could be sexually transmitted.

Are gay and bisexual men more at risk?

Scientists warn that anyone who is in close physical contact with someone infected with monkeypox or their clothing or bedsheets is at risk of the disease, regardless of their sexual orientation.

But most cases so far have been found in gay, bisexual, and other men who have sex with men. And specifically those who have many sexual partners.

“Although anyone can contract monkeypox, data from the latest outbreak shows higher levels of transmission within – but not exclusive to – the sexual networks of gay, bisexual and other men who have sex with men,” the UKHSA said on Tuesday.

Last month, a leading adviser to the WHO said that the monkeypox outbreak beyond Africa was likely spread by sexual activity by men at raves in Spain and Belgium.

Researchers at the London School of Hygiene & Tropical Medicine (LSHTM) have suggested in a preprint that the virus may have found opportunities to spread among men who have sex with a large number of other male partners.

Data from the UK does suggest the number of sexual partners plays a role in monkeypox transmission.

Out of a sample of 45 infected patients interviewed in the UK, 44 per cent reported having more than 10 sexual partners in the previous 3 months, and the same proportion had group sex during the incubation period.

Health authorities, however, have been treading carefully so as not to stigmatise any community while trying to limit the spread of the virus, with the lessons from the HIV crisis imprinted in many minds.

Health authorities and the media have also faced criticism for showing pictures of skin lesions from African patients, when the disease is now spreading mostly among a European crowd.

This however is explained by the fact that the pictures available from news agencies and the WHO so far were taken during previous outbreaks in Africa.

The WHO is also working with international experts to find a new name for monkeypox and the different clades of the virus, which are currently named after the regions of Africa where they were first found.

Why is it called monkeypox?

Monkeypox virus belongs to the Orthopoxvirus genus in the family Poxviridae. It was first discovered in 1958 when two outbreaks of a pox-like disease occurred in lab monkeys kept for research, hence the name.

But monkeys might not be the ones to blame for outbreaks, and the natural reservoir of monkeypox remains unknown, though the WHO says rodents are the most likely.

Where is monkeypox typically found?

Human monkeypox primarily causes outbreaks in the tropical rainforest regions of Central and West Africa and is not typically seen in Europe.

The Democratic Republic of the Congo (DRC) had the first recorded human case of monkeypox in 1970.

Until last month, monkeypox had only caused sizeable outbreaks in central and west Africa; the continent has so far reported more than 1,500 cases and 72 suspected deaths in a separate epidemic.

The first outbreak of monkeypox reported outside of Africa was linked to the importation of infected mammals in 2003 in the United States, according to the US Centers for Disease Control and Prevention (CDC).

In 2018 and 2019, two travellers from the United Kingdom, one from Israel, and one from Singapore, all with travel history in Nigeria, were diagnosed with monkeypox following a large outbreak there, according to Europe’s own health agency, the European Centre for Disease Prevention and Control (ECDC).

Are there treatments and vaccines?

Monkeypox usually goes away on its own, but an oral antiviral drug called Tecovirimat was approved earlier this year in the European Union to treat smallpox, monkeypox and cowpox and it can limit the spread of the virus and the severity of the infection.

Vaccines for smallpox – a related disease – are thought to be about 85 per cent effective against monkeypox. However, because smallpox was declared eradicated more than 40 years ago, and mass vaccination programmes were dropped, that protection has been lost in younger populations.

British health authorities say they will now offer vaccines more widely to gay and bisexual men who are at the highest risk of catching monkeypox – for example those who have multiple partners, participate in group sex or attend “sex on premises” venues such as sex clubs, saunas or backrooms.

Are there enough vaccines to fight monkeypox?

The US says it has more than 100 million doses of an older-generation smallpox vaccine in government stockpiles.

A newer vaccine developed by Bavarian Nordic for the prevention of both smallpox and monkeypox has been approved in the EU, the US, and Canada (under the trade names Imvanex, Jynneos and Imvamune), but it’s not yet widely available.

Last week, the European Commission signed a contract for nearly 110,000 doses of that vaccine to combat the ongoing monkeypox outbreak.

The US has more than 36,000 doses of the Jynneos vaccine immediately available in its strategic national stockpile, and in May the federal government asked the manufacturer, Bavarian Nordic, to send another 36,000 doses.

WHO’s Europe director, Dr Hans Kluge, said last week he was concerned by the scramble by some rich countries to buy more vaccines without talk of buying supplies for Africa. He urged governments to avoid “repeating the mistakes” of the COVID-19 pandemic.

Some African experts have also questioned why the UN health agency never proposed using vaccines in central and West Africa, where more than 1,500 suspected cases and 72 deaths have been reported this year.

“The place to start any vaccination should be Africa and not elsewhere,” Dr Ahmed Ogwell, acting director of the Africa Centers for Disease Control and Prevention, said last week.

I think I might have monkeypox: What should I do?

Any patient with suspected monkeypox should be investigated and – if confirmed – isolated “until their lesions have crusted, the scab has fallen off and a fresh layer of skin has formed underneath,” says the WHO.

The UKHSA advises that where possible, cases sleep and eat in a separate room and use a separate bathroom to their household.

The ECDC also recommends that high-risk contacts be offered a vaccine.

It urges infected patients to abstain from sexual activity and close physical contact until their rash heals, and says they should especially avoid close contact with immunosuppressed people as well as pets or wildlife.

“Mammalian pets, particularly rodents, are susceptible to the monkeypox virus. If these pets transmit the disease to wild animals, there is a risk that the disease could become endemic in Europe in those animal populations,” says the European health agency.

Close contacts of monkeypox cases should also self-monitor for the development of symptoms for 21 days after the last exposure.

Another major crypto hack in US raises questions over DeFi security

Is reshaping how we use our cities the key to leading happier lives?

Brewing juggernaut Heinken plans to be net zero by 2030