HomeBusinessPink, red and onion skin: Here’s why Spanish rosés come in every...
Business

Pink, red and onion skin: Here’s why Spanish rosés come in every shade 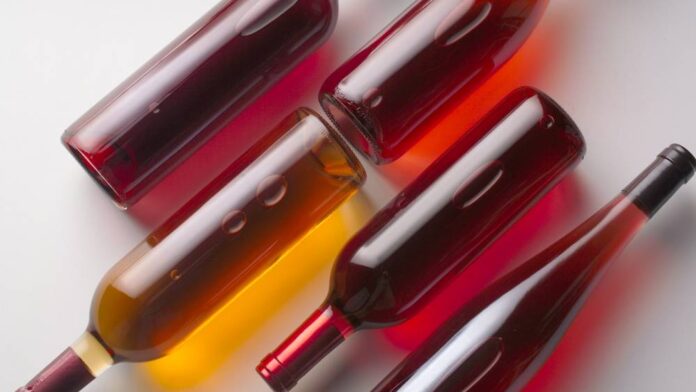 Spanish rosé, also known as rosado, is one of the country’s most diverse varieties of wine. Coming in many shades of pink, red and the fashionable ‘onion skin’, in Spain you’ll find light rosés to enjoy on a hot summer day, as well as deeper, more complex ones that pair perfectly with a range of delicious Spanish dishes.

While rosé is not as popular in Spain as its darker red and lighter white siblings, many winemakers produce it, with a booming export market in Canada, the United States, Switzerland and other parts of Europe.

“The situation in Spain is that rosés are not as popular here as they are elsewhere,” says Esther Pinuaga, a winemaker from organic winery Bodegas Pinuaga in Toledo.

“I think it’s because traditionally they were considered lesser wines…but it’s pretty sad because we have really interesting and different ways of making rosé in Spain.”

As a result, Pinguaga exports an estimated 98 per cent of the rosé that she produces, something that she hopes will change in the coming years.

Luke Darracott and Roque Madrid from Madrid & Darracott, a wine shop in the Spanish capital, agree.

Despite the hesitant market, there is a long tradition of rosé production in Spain, from Mallorca to Catalonia. However, there are a few stand-out regions, according to Darracott and Madrid.

They say the regions that are highly regarded and historically known include Navarra, Cigales, Rioja, and Leon.

Though variations in style exist across the country, there are generally three different methods of production.

“This means that when you harvest the red grapes, you just press them directly, so you don’t macerate with the skins. This means you get a very, very light colour wine,” says Pinuaga.

This direct press method creates pale ‘onion skin’ wines, which are excellent as an aperitif on hot, summery days and can be served with very light cheeses, like The Gomero, a creamy goat’s cheese from the Canary Islands.

Due to the quick turnaround of the direct press method, these light rosés are less expressive and have a lighter aroma. Despite pale rosés, like those produced in the Provençal style, being in fashion at the moment, Pinguaga says that consumers “don’t have to be afraid of colour”.

“There are Spanish grape varieties where the skin has many more points of colour…this means that good local rosés that are made with the bleeding method tend to be darker in colour, but this doesn’t mean they are sweet.”

So what is the bleeding (sangrado) method?

Though Darracott and Madrid suggest that, “any red grape can lend itself well to making rosado, from the light Pinot Noir-like Mencía to the big and boozy Monastrell, they say “the superstars in Spain are undeniably Garnacha and Tempranillo.

To create her rosé, Pinuaga says her team allows both varieties to sit with the skin for approximately six hours. Then, she says “we remove it from the skin and then it ferments without the skin.”

This method creates rosés with more “structure, intensity, and volume”, she adds.

Wines that are better suited to being served with food such as fish, cheese and the classic Spanish lentil stew, Lentejas. “Rosé wines also go well with most pasta dishes” say Darracott and Madrid.

Due to the longer macerating time, these wines are likely to have a richer and deeper colour and they are traditionally made in the Navarra region of northern Spain.

Another long-established way of producing rosé wine is called clarete. This involves allowing the red and white grapes to sit together and to have skin contact.“Because there is a high proportion of white, that is why they have a lighter colour,” explains Pinguaga.

Cigales, a small municipality near Ribera del Duero is famed for making clarete, and their rosés are said to be more intense and structured.

Darracott and Madrid suggest that due to their “palate freshness and acidity”clarete rosé wines can almost go with anything.

They say this includes anything ”from BBQ foods like grilled meats, vegetables and hamburgers (plus accompanying sweet-salty sauces) to salads and fish, especially on the grill or in red sauces.”

And with a variety of rosé wines produced right across Spain, you’ll have plenty of opportunity to put different food pairings to the test.

Is solar energy a solution to power cuts in Gaza?