HomeBusinessThe European cities among the top 10 most liveable cities in the...
Business 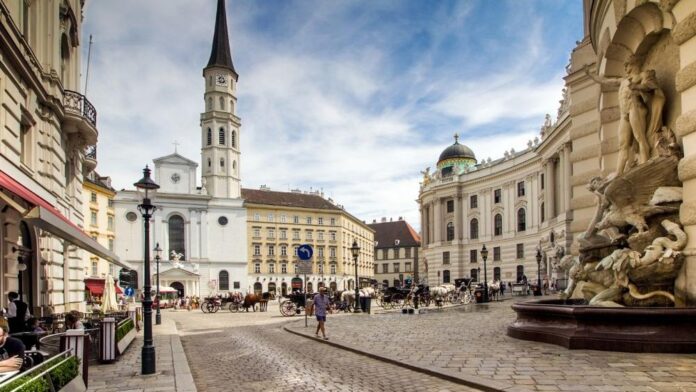 For the third time in the past five years, Vienna has captured the top spot in the Global Liveability Index, an annual report from The Economist Intelligence Unit (EIU) published on Thursday.

The top ten rankings were dominated by western European cities, which make up half of those on the list.

Not far behind is Geneva in number six, followed by Frankfurt at seven. Amsterdam secured number nine.

The report says mid-sized cities in the wealthiest countries tended to fare exceptionally well in the survey.

But this year, the top ten cities are also those that have managed “to go back to normal” with fewer COVID-19 restrictions.

The pandemic has largely cast a long shadow over the EIU’s global liveability rankings for the last two years, with lockdowns and social distancing measures affecting all the report’s indicators.

But the world is getting back to normal, according to the data compiled in the report.

Thanks to the ongoing positive evolution of the pandemic, the global average liveability score has also recovered from 69.1 to 73.6 since last year.

This is pretty close to pre-pandemic levels which sat at 75.9.

Cities that were king in the rankings before the pandemic have also gained back their rightful place.

How do you judge a city to be liveable?

The concept of liveability evaluates which cities around the world offer the best living conditions.

The report quantifies the challenges that might be presented to an individual in any given location and then compares the results between locations.

Every city is assigned a rating for relative comfort for over 30 factors across five general categories: stability, healthcare, culture and environment, education and infrastructure.

The report attributes their respective scores to social unrest, terrorism and conflict in each of the countries.

The EIU warned that although the pandemic is resolving itself, a new threat to liveability has emerged with Russia’s invasion of Ukraine in February this year.

There is no score for Kyiv in the 2022 report because the EIU’s correspondent had to abandon the survey when fighting broke out.

Moscow and St Petersburg have dropped 15 and 13 places in the ranking. Other cities affected by the war, such as Budapest and Warsaw, saw their stability scores decline.