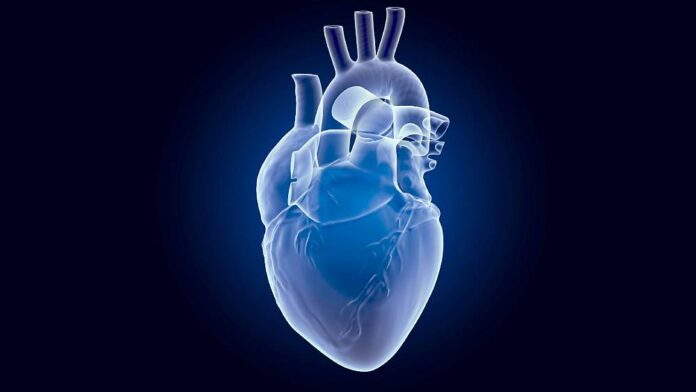 Scientists in the UK are developing a new gene-editing tool that they hope could one day provide a cure to inherited heart defects.

The team at the John Radcliffe laboratory in Oxford, England believe they will be able to prevent the development of inherited heart muscle diseases by rewriting faulty genes in people’s DNA.

The therapy is aimed at heart muscle conditions called cardiomyopathy and while these abnormalities can vary, they can sometimes cause progressive heart failure, or even death.

Doctors can already trace genetic forms of the disease in families and confirm whether there is a genetic abnormality, but as of yet there is no cure.

Physicians are unable to prevent the disease from weakening the heart until eventually a transplant is needed and those with genetic cardiomyopathies have a 50-50 risk of passing the faulty genes on to each of their children.

The research is being funded by a £30 million (€35.6 million) grant from the research charity the British Heart Foundation.

He’s been investigating how molecular genetics can be used to address inherited causes of heart disease.

“They all have in common that they can cause progressive weakening of the heart and progressive heart failure, starting in young ages and progressing through life, sometimes to the point of needing a heart transplant,” he said.

Bolton footballer Fabrice Muamba had a heart attack during a televised FA Cup match from which he has since recovered, and England cricketer James Tayler was forced to retire in 2016 with a similar heart defect to Muamba.

Watkins says the prevalence of cardiomyopathy is not as common as some other heart diseases, but it’s still more widespread than many of us realise.

“We know that one in 250 individuals will have this genetic susceptibility in all populations, from all ethnic and racial backgrounds,” he said.

“There’s one particular class of genetic spelling mistake that can cause dilated cardiomyopathy to run in families, but is also responsible for many of the instances where we see heart failure in women after pregnancy or in individuals who drank too much alcohol or after chemotherapy, and that particular genetic defect affects 35 million people globally”.

Gene therapies that cut out mutant or incorrect sections of DNA already exist and they have been used in patients for various diseases, but the researchers here are looking for a more precise gene editing tool, Watkins explained.

“In the patients who have these conditions, our heart muscle conditions, everybody has one healthy copy of the gene, but despite that, they get sick and sometimes that’s because the faulty copy interferes with the function of the healthy ones,” he said.

“So we have to specifically target the faulty copy and leave the healthy one alone and that’s a harder challenge than some of the other genetic medicines where it would be fine just to take out or manipulate both copies,” he added.

One editing tool that is already in use is called CRISPR.

This therapy cuts out a mistake in the gene, but Watkins says what these researchers want to do is rewrite or silence faulty DNA.

“CRISPR cuts the DNA, both strands of the DNA, you could liken it to a pair of scissors. So that’s quite good if you want to take out a piece of DNA or inactivate both copies of the gene,” said Watkins.

“For our particular disorders, we will need more precision than that because we want to manipulate the faulty copy, but leave the healthy copy alone. So where we’re exploring genetic editing, we are currently exploring a type of tool called the base editor”.

The team at Cureheart investigating the technology counts David Liu Broade amongst their ranks who discovered and developed this tool using chemistry in a laboratory.

As Watkins explains, the therapy can precisely rewrite single letters in a DNA sequence.

Any cure is years away and before any treatment can start, lengthy trials will be needed to test the safety of the therapy.

Watkins says although the aim is to prevent the development of heart disease, the first human trials are likely to be in people who are already in need of a transplant to establish that it works and is safe.

“If we can step in before the heart is badly damaged, then you can absolutely cure it. I don’t think we will start there, because to prove it is safe and effective I think the realistic option is we will have to do our first trials in individuals with quite advanced, severe forms of damage from cardiomyopathy. In fact, people who already know they need a heart transplant,” he said.

“Any risk we have to take is going to be acceptable because they are already in a very risky, vulnerable position,” Watkins added.

“And then if they get their transplant, we get the heart out, we can explore it in minute detail and really be clear on what that genetic medicine has achieved”.

For more on this story, watch the video in the media player above.

In pictures: James Webb snapshots of the Cartwheel Galaxy revealed

Is there enough monkeypox vaccine in Europe to go around?