HomeHealthAlcohol, Tobacco Use Common on Reality TV Shows. How That Affects Kids
Health

Alcohol, Tobacco Use Common on Reality TV Shows. How That Affects Kids 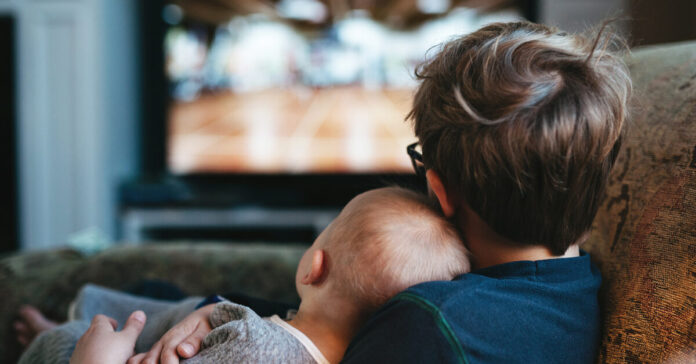 Lead research Alex Barker, PhD, and his team examined 20 English-language reality shows that were broadcast between 2019 and 2020. Their goal was to try to judge how often children might have been exposed to images of tobacco, alcohol, and unhealthy foods through these shows.

The team counted the number of one-minute intervals containing each of these items.

Alcohol appeared much more frequently, with 39 percent of intervals in 98 percent of episodes containing this content.

Finally, unhealthy foods high in fat and sugar were found in 13 percent of intervals in 88 percent of the episodes.

Particular brands of products were often seen in the episodes studied, especially for alcohol and foods. Tobacco branding was rare, however.

Altogether, 149 brands of alcohol were featured in 46 percent of episodes, with Peroni being the most common with 101 appearances.

Ninety-three brands of unhealthy foods were shown in 39 percent of episodes, with the most common, Coca Cola, appearing 87 times.

Broadcast TV had significantly more content related to smoking and unhealthy food than Netflix programming, the authors said, but there wasn’t any real difference in alcohol-related content.

The different countries studied all had similar amounts of content related to tobacco and the amount of branding shown was similar as well.

However, the United Kingdom did have significantly more intervals containing alcohol and unhealthy foods than Australia and the United States did.

Pointing to the influence of reality shows in particular, Barker noted that they feature large amounts of alcohol and unhealthy foods.

Barker said, “There is now strong evidence that exposure to advertising or other tobacco, alcohol, and junk food content in the media increases subsequent consumption in children and adolescents.”

Previous research shows that this type or content is very common on TV, he added, with reality shows being quite popular among younger people.

“These programs are widely viewed and seen by young people and due to the nature of reality TV, with its inspirational role models, they are likely influencing drinking and food consumption choices in young people,” Barker said.

Ryan Bogdan, PhD,, associate professor of psychological and brain sciences at the Washington University in St. Louis, says media cues could influence use of these substances in a variety of ways.

“The dopaminergic-rich corticostriatal circuit in our brain helps us learn what cues in our environment are associated with reward to drive motivated behavior. So if substance and food cues have been positively paired in the past or are presenting in rewarding contexts, this can induce craving.”

For example, he said, studies have found that pictures of palatable food make this circuit more active and this is linked to feelings of craving.

“It is also possible that more broad social imitation is at play,” said Bogdan. “If individuals with some form of celebrity status are depicted engaging in a behavior, it may lead to imitation behavior in viewers who wish to be like them.”

Barker feels that the current rules and regulations to prevent this sort of exposure are not enough.

“The rules should be tightened,” he said, “to prevent genuine brands being featured.”

He notes that regulations do exist to protect young people already. For example, the Ofcom Broadcasting Code in the United Kingdom prohibits depictions of tobacco and alcohol in children’s programs or programs broadcast before 9 p.m.

Similarly, paid alcohol product placements are not allowed. In addition, unhealthy food advertising before 9 p.m. will soon be restricted, he said.

However, laws do not currently cover content within TV shows, according to Barker.

He feels that this loophole should be closed.

Bogdan suggests that as far as what parents can do in helping their kids, encouraging and rewarding healthy habits may be beneficial in combatting the negative influence of reality shows.

“There is some evidence that considering the future negative consequences of behaviors (e.g., tobacco use) reduces cravings – this may potentially emerge by recruiting more top-down regulation of reward-related neural circuitry,” Bogdan explained.

Bogdan said that, from a broader perspective, public health campaigns may be leveraged to promote healthful behaviors such as avoiding tobacco use.

Additionally, Bogdan said, “If you find yourself or your child is struggling with consumption of palatable foods, alcohol, tobacco, or other substances, in addition to seeking professional help, minimizing exposure to cues that can induce cravings may reduce cravings to promote the reduction of use or stopping of it altogether.”

Finally, he noted that reducing usage of these harmful substances can be difficult, especially during stressful times.

“Hiccups in reducing use are common and it is important to not throw in the towel and to try again,” he said.