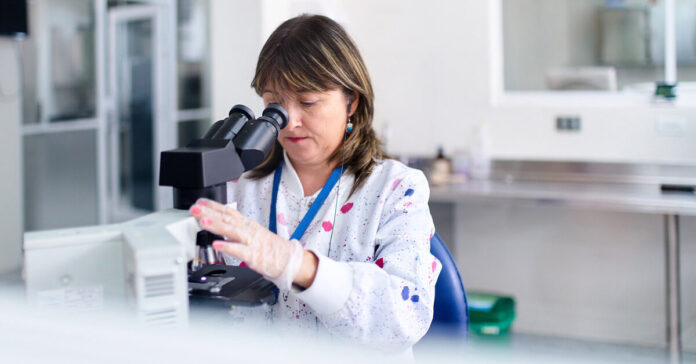 In lupus, immune cells called B cells make autoantibodies that attack healthy tissues. In the new study, T cells were modified so that when they were re-infused into the patient’s body they targeted a protein called CD19, which is present on the B cells that were attacking healthy tissues.

The participants in the study had previously not responded to a number of other immunosuppressive therapies.

However, with the CAR T-cell therapy, they experienced an improvement in a number of severe symptoms and were able to stop their lupus medications.

Dr. Chris Wincup, a consulting rheumatologist at King’s College Hospital London and a Clinical Research Fellow at University College London, says although further study on a larger cohort is needed, the results are significant.

“It really does show the possibility that this could potentially be a new therapeutic option for patients with lupus with very severe and refractory disease,” Wincup added.

It is estimated that 1.5 million people in the United States have lupus, with 90% of them being women. System lupus erythematosus (SLE) is the most common form of lupus.

Lupus causes the immune system to attack tissues in the body, resulting in inflammation and damage to tissues in organs. The blood vessels, joints, lungs, kidneys, brain, and skin can all be affected by lupus.

There is no cure for lupus and experts say more treatment options are needed.

“There’s a huge unmet need for better treatments for people with lupus,” Dr. Sean O’Neill, an associate professor of rheumatology at Royal North Shore Hospital and the University of Sydney in Australia, told Healthline. “The current options when it comes to standard care include medications like prednisone, steroid medications that bring a lot of side effects, and people are typically on them for a very long time. So they get a lot of problems, like osteoporosis and high blood sugar and cardiovascular disease related to their steroids.”

“While they can be very effective for some people, there are many, many patients with lupus with active disease despite those treatments, or with some mildly active disease and toxicity from their treatments,” O’Neill added.

The researchers said that further study is required with larger cohorts of participants and longer follow-up periods to ensure the efficacy and safety of CAR T-cell therapy for people with lupus.

The experts who spoke with Healthline say while the study represents an exciting new avenue of exploration, it will take time for something like CAR T-cell therapy to become a standard treatment for people with lupus.

Both noted that the expense of CAR T-cell therapy is likely to be significant, which may limit the pool of people for whom the treatment is appropriate.

“One of the tricky things about CAR T-cell therapy is it’s extremely expensive,” said Wincup. “So, to have that available widely when we have other cheaper drugs that may be effective in many cases means that this may only be used in the more severe patients who have not responded to some of the treatments we already have available.”