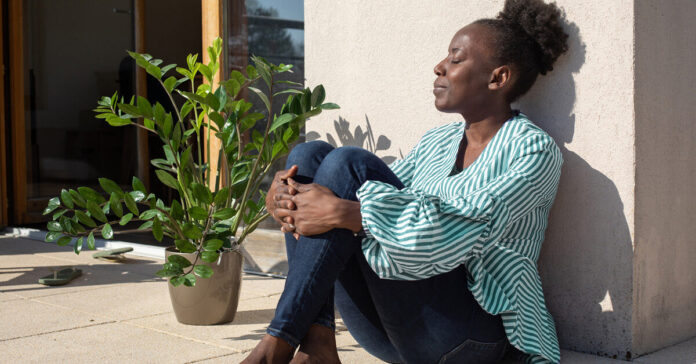 The study results were as of the end of the trial. Still, the researchers noted that blood pressure could continue to improve with long-term use.

Researchers said improving the strength of the diaphragm and other breathing muscles is not what caused the drop in blood pressure.

“We think the large, forceful breaths done with respiratory muscle strength training device likely lower sympathetic activity (the fight or flight response), which tends to be overactive in people with higher blood pressure,” said Daniel Craighead, lead author of the study and an assistant research professional in the Integrative Physiology of Aging Lab at the University of Colorado School of Integrative Physiology.

“We also think it improves the health of our blood vessels, which are critically important for preventing cardiovascular diseases,” he told Healthline.

How you breathe can also influence blood pressure.

“Slow, deep breathing can help lower blood pressure without medications,” said Rachel MacPherson, a certified personal trainer and nutrition coach. “If your doctor has approved this method for helping you control your blood pressure, using a deep breathing device may help. The [Food and Drug Administration] approved some of these devices to slow breathing and heart rate.”

“Some of these devices were originally developed for people with serious lung conditions, but further research on those with high blood pressure has found them useful for reducing it,” MacPherson told Healthline. “The devices regulate your breathing or help you strengthen your breathing muscles and improve blood vessel function. They also increase the amount of nitric oxide, which widens your arteries for better blood flow and lower blood pressure.”

According to Craighead, the device used in the study was the Powerbreathe K3, which retails for $500. As part of his disclosure, Craighead told Healthline that Powerbreathe provided a research discount for the device but had no other involvement in the study. The funded the research.

“There are many different devices available online. Our research involved performing inspirations against very high resistance, so it’s most important that people look for a device with a high maximal resistance setting (the cheapest devices provide only low levels of resistance to inspiration, which can’t mimic our protocol),” explained Craighead. “I recommend people look for a device with a maximal inspiratory resistance setting of at least 100 cmH2O. I also recommend people consult with their doctor before starting inspiratory muscle strength training to ensure it’s safe for them.”

“There are also a large variety of blood pressure prescription medications,” added Tadwalkar. “Common medication classes are angiotensin-converting enzyme (ACE) inhibitors, angiotensin receptor blockers (ARBs), calcium channel blockers, and diuretics. Depending on an individual’s clinical situation, a physician may prescribe drugs from other classes, including beta-blockers, vasodilators, or alpha-blockers. However, sometimes, it is clear a person needs blood pressure medications. But, we nearly always emphasize lifestyle measures before discussing pharmacologic therapies.”