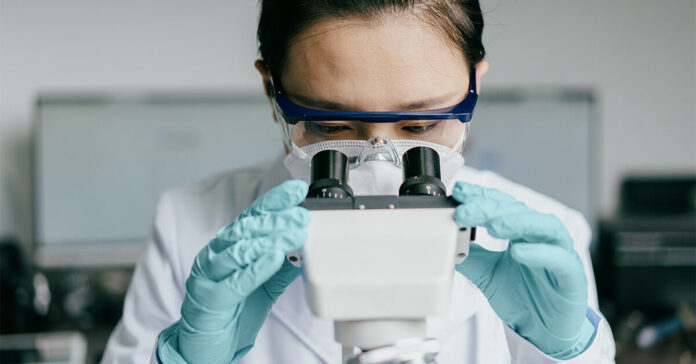 A from the University of California San Diego (UCSD) published in the journal Cell looks at the potential of using fungi as a diagnostic, prognostic, and therapeutic tool against cancer.

A global team of scientists created the first pan-cancer mycobiome atlas, looking at 35 types of cancer and their associated fungi.

“Cancer-microbe associations have been explored for centuries, but cancer-associated fungi have rarely been examined,” the study authors wrote.

Dr. Sandip Patel, a UCSD oncologist and head of clinical trials, told Healthline the new research is ground-breaking and exciting.

“Cancer immunotherapy is the biggest revolution in cancer treatment and fungi may actually instigate an immune response, not just as a biomarker, but also as a potential treatment. Bugs as drugs, so to speak,” he said.

Rob Knight, Ph.D., a professor of bioengineering, pediatrics, and computer science and engineering at UCSD as well as a co-founder of Micronoma, a San Diego liquid biopsy company developing microbial biomarkers in blood and tissues to diagnose and treat cancers, was one of the co-authors of this study.

“The existence of fungi in most human cancers is both a surprise and to be expected,” said Knight in a press statement.

“It is surprising because we don’t know how fungi could get into tumors throughout the body. But it is also expected because it fits the pattern of healthy microbiomes throughout the body, including the gut, mouth, and skin, where bacteria and fungi interact as part of a complex community,” he added.

Dr. Gregory Sepich-Poore, a study co-author as well as the co-founder and chief analytics officer at Micronoma, said in a press statement that the findings “validate the view that the microbiome in its entirety is a key piece of cancer biology.”

He explained that this could potentially lead to significant opportunities, not only in cancer detection but also in drug development, cancer evolution, minimal residual disease, relapse, and companion diagnostics.

The study characterizes the cancer mycobiome in 17,401 samples of patient tissues, blood, and plasma.

The researchers found fungal DNA and cells across many major human cancers, with differences in community compositions that differed among cancer types.

Patel said it’s likely that there are things in the tumor environment that either facilitate the cancer or keep it in check.

“Living organisms are interacting with the immune cells. This study is the initial foray into understanding what things within the tumor may contribute and/or inhibit the cancer’s growth,” he said.

One species of fungi was found to be enriched in breast cancer tumors of patients older than 50 years while another species was notably abundant in lung cancer samples.

The researchers said there were significant correlations between specific fungi and age, tumor subtypes, smoking status, response to immunotherapy, and survival measures.

Sandrine Miller-Montgomery, Ph.D., the chief executive officer at Micronoma, said that microbes in the blood can be used to detect cancer thanks to microbial biomarkers, which are characteristics of the tumor that you can utilize to identify the progress of a condition or disease.

When analyzed properly, she said, these microbial biomarkers can reveal cancer, even at stage one of the disease.

“Micronoma has been closely following this amazing work on mycobiome as two of our co-founders are heavily involved in it,” Miller-Montgomery told Healthline. “It is amazing to see that we continue to discover so much about the microbiome, and in this specific paper, the mycobiome association with cancer.”

Her company has been focused on microbiome-driven liquid biopsy since its inception.

“It is exciting to see that scientific knowledge continues to accumulate on the essential role of the microbiome — bacteria, virus, and fungi — in oncology, supporting our mission to detect cancer in its earliest stages with the most innovative and groundbreaking research,” she said.