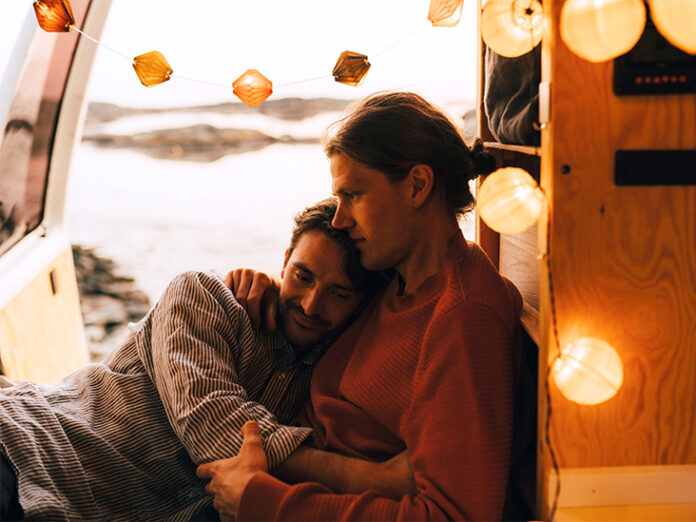 The 15-month study evaluated the effects of both expressed gratitude (saying thank you) and perceived gratitude (feeling appreciated by a partner) among 316 Black couples, most of whom were middle-aged, residing in small communities in rural Georgia, and living below the federal poverty level.

“We wanted to understand what makes couples resilient,” researcher Allen W. Barton, a professor of human development and family studies at the University of Illinois Urbana-Champaign, told Healthline. “All couples face challenges, but some relationships remain strong even in the midst of difficulty.”

“We were also interested in understanding the differences between being grateful for one’s partner versus perceiving gratitude from one’s partner in terms of shaping relationship quality.”

In other words, are there any differences between saying “thank you” (gratitude) and feeling appreciated (perceived gratitude)?

Both types of gratitude — being grateful and perceiving gratitude from your partner — are linked to higher levels of relationship satisfaction and a reduced risk for instability.

But perceived gratitude, in particular, seems to have a special protective effect when it comes to stressors such as ineffective arguing and financial strain.

“So even if the couple’s negative communication (or financial strain) was high – provided they still felt appreciated by their partner – their relationship quality did not decline as much over time,” he said.

Stress is catchy, and holiday stress is no exception, despite the festive aura.

“Our stress not only affects our own health but can also affect our partner’s health,” Rosie Shrout, a professor of human development and family studies at Purdue University, told Healthine.

“Couples who manage stress poorly and are hostile toward one another, like being critical, speaking in an unpleasant tone, and rolling their eyes, have heightened stress responses.”

“They have higher stress hormones, inflammation, and blood pressure, and their wounds even heal more slowly,” she said.

“These findings suggest that arguing with a stressed partner could have lasting biological health effects for ourselves,” she said.

Not only does stress affect us on the day of an argument, but if it continues unchecked, it can take a long-term toll on our health and our relationship.

“Over time, distressed spouses not only have an increased risk for divorce but also for chronic disease and early mortality,” said Shrout. “In fact, marriage’s health impact is similar to, if not greater than, how often people exercise, drink alcohol, and smoke cigarettes.

“Over time, this unmanaged stress provides a gateway to chronic disease and disorders,” she said.

According to Shrout, these conditions are common stress-related health concerns:

“These adverse health effects have inspired calls for treating relationships as a public health priority of equal importance to lifestyle factors,” she said.

While financial stress and bickering can take a toll on relationships, gratitude may provide some measure of resiliency.

In particular, perceived gratitude, the study found, can protect against the effects of ineffective arguing — both in the present moment and over time.

As the name implies, “ineffective arguing” is the opposite of productive arguing. Instead of reaching a solution, couples just continue to bash it out to no avail.

But even if a couple has long-term communication difficulties, their relationship is less negatively affected as long as they both feel appreciated.

When asked how gratitude manages to outweigh the negative aspects of a relationship, Barton was thoughtful.

“There’s a lot that goes into any relationship – some good, and some not so good,” he said. “Although I cannot say from empirical data the precise mechanisms, I would hypothesize that perceived partner gratitude helps prevent (or at least deter) the spillover of stressful events and circumstances from negatively affecting one’s relationship and how they perceive it.”

This holiday season, make it a point to express gratitude for your partner’s efforts. Try to appreciate the little things that often go unnoticed. Even if your partner is just passing the salt shaker, saying “thank you” can make them feel seen and appreciated.

And if you’re experiencing relationship stress, this appreciation can go a long way.

“Any relationship takes two people putting in a lot of work, and when those efforts go unacknowledged, it can be particularly detrimental whenever there are other challenges,” said Barton.