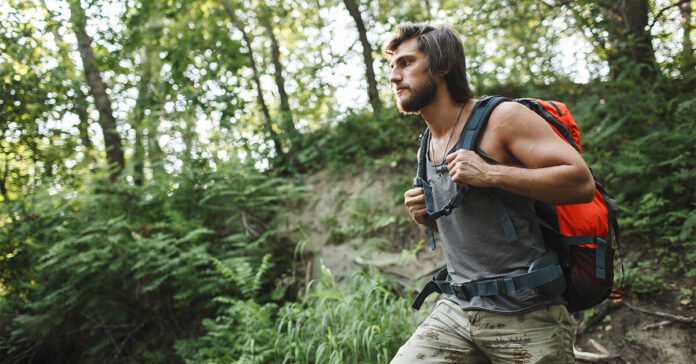 Experts say the rates of infection with Lyme disease are increasing and this may be due to a number of factors.

“Lyme disease does seem to be increasing in prevalence, for several reasons,” Hawkinson said. “First, we just have a growing population. We also have more people doing more activities outside, doctors more willing to test for Lyme disease, longer warmer temperatures throughout the year allowing longer tick-borne illness season (typically April-October), and slowly recognized identification of the bacteria in the U.S. regions where it typically had not been identified.”

Dr. Saahir Kahn is an infectious disease specialist with Keck Medicine of USC in Los Angeles. He says environmental factors are likely also playing a role in the expansion of areas with a higher prevalence of Lyme disease.

“Climate change is increasing the size of the regions where the ticks that carry Lyme disease are present,” he told Healthline.

But Kahn argues the BMJ study may have overestimated the true prevalence of Lyme disease.

“While the study did take into account Western blot confirmation of positive cases, the methods didn’t specify whether CDC criteria were used as the basis for determining positive results. Some laboratories use looser criteria for Western blot positivity that are more prone to false positives,” he said.

“Due to the limitations of the meta-analysis approach used, I think the result of the study is an overestimate of Lyme disease seroprevalence,” he concluded.

Despite this, the that areas of the United States in which Lyme disease is common are expanding.

In the mid-Atlantic, north-central and northeastern areas of the United States, Lyme disease is transmitted through the bite of the black-legged (deer) tick, while on the Pacific Coast the disease is spread by the western black-legged tick.

These ticks can attach to the human body anywhere but are typically found in areas where it is hard to see them such as the scalp, groin, or armpit.

In the majority of cases, infection is spread through the bite of an immature tick known as a nymph.

These are difficult to see due to their size of less than 2 mm. Typically, a tick has to be attached to the body for between before the bacteria that causes Lyme disease is transmitted.

Between days after a tick bite, a number of symptoms may appear.

These may include aches in the joints and muscles, fever, headache, chills, and swollen lymph nodes.

Between 70 and 80 percent of people with Lyme disease will also get a rash where the tick bite was located, typically 7 days after the bite.

The rash may be warm when touched and if it grows it may take on the appearance of a target or “bull’s-eye.”

Experts say the best way to avoid Lyme disease is by avoiding tick bites in the first place.

“If you are outdoors in an area where ticks that carry Lyme disease are present, you should wear clothing that covers your skin and check your skin and your clothes for ticks after you come home,” Kahn said.

There are also a number of at-home tests that can help determine if you have Lyme disease.

Lyme disease can be treated with a two-week to four-week course of antibiotics.

However, some people will experience symptoms such as fatigue, pain, or cognitive difficulties for more than 6 months after treatment. This is known as Post-Treatment Lyme Disease Syndrome.

Evidence for the use of antibiotics for chronic, persistent symptoms following the initial infection is inconclusive and Khan cautions against this approach to treating long-term issues.

“I see many patients that have paid unscrupulous doctors in cash for these dubious Lyme disease treatments, and in most cases, their symptoms are due to something other than Lyme disease,” he warned.