HomeHealthMen Have a High Probability of Outliving Women
Health 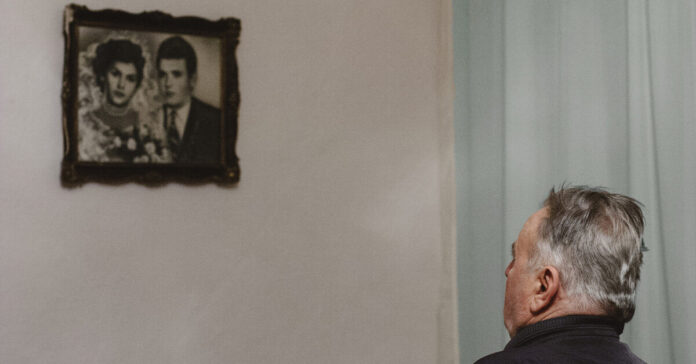 Life expectancy at birth for males was about 75 years in the first half of 2020, according to the CDC. For females, the corresponding life expectancy was about 80 years.

However, the new research contends that life expectancy does not tell the whole story about the longevity of men and women.

The statistical analysis concluded that between 25 percent and 50 percent of men have outlived women since 1850. In other words, one to two of every four men can be expected to live longer than women.

Marital status and educational attainment were identified as key variables in determining the odds of men outliving women.

The study found, for example, that the probability of men outliving women was 39 percent for married men versus 37 percent for unmarried men.

Men with a university degree had a 43 percent chance of outliving women, compared to 37 percent of those who lacked a college degree.

Further, a married man with a college degree could expect to outlive an unmarried woman who had no more than a high school education, the study found.

“A blind interpretation of life expectancy differences can sometimes lead to a distorted perception of the actual inequalities [in lifespan],” the study authors wrote. “Not all females outlive males, even if a majority do. But the minority that do not is not small. For example, a sex difference in life expectancy at birth of 10 years can be associated with a probability of males outliving females as high as 40 percent, indicating that 40 percent of males have a longer lifespan than that of a randomly paired female.”

The study, which looked at 200 years’ worth of mortality data from around the world, drew a distinction between the average length of life (life expectancy) rather than years lived.

Alvarez said the study does not contradict the fact that women live generally longer than men.

“However, it depicts more nuances to these disparities because not all women outlive all men,” he said. “The main contribution of the study is in showing that sex disparities in lifespans are not as drastic as represented by life expectancy comparisons.”

“This research opens the door to the identification of the characteristics of that sector of the population that still has a survival disadvantage,” he said. “Because there is still a large proportion of the population that dies prematurely, policy efforts should be targeted to improve the health of those in survival-disadvantage and in consequence reduce the sex gap in longevity.”

Dr. Danine Fruge, the medical director of the Pritikin Longevity Center in Miami, Florida, told Healthline that the study findings could be a valuable tool for educating men to be less fatalistic about their longevity.

“They should be inspired and take notes,” she said.

Part of the reason that women statistically have greater longevity than men is that female infants tend to be hardier than male infants.

While that may not be something that men can change, they can take many steps to improve their own longevity, including making behavioral changes such as quitting smoking, reducing alcohol use, and eating more fruits and vegetables as part of a healthy diet, said Fruge.

“There are choices you can make about risky behaviors,” she said.

While some behaviors may be hormonally linked due to aggressiveness linked to testosterone, Fruge said they can still be altered at any age — but especially in midlife and later when male testosterone levels have already declined.

“People are not statistics. They are individuals,” said Fruge. “I have seen people turn statistics completely upside down because of the changes they have made in their lives.”

Educated men may enjoy the protective effect observed in the study because they’re more likely to make more informed decisions about their health. Likewise, the benefits of a good marriage may reflect the strong social connections more typically enjoyed by women that also have been linked to greater longevity, Fruge noted.

“Men don’t have to be like women, but they can develop survival strategies in their own ways,” she said.

Society also can play a role in promoting greater male longevity by socializing boys and men not to be afraid to express their feelings, which can reduce the damaging effects of stress, she said.

“We need to teach little boys that it’s OK to be angry, but this is how you handle it,” Fruge said. “If males had good strategies for stress control it could reduce that gender difference.”

Delta-8 THC: Experts Warn That Not All Cannabis Alternatives Are Safe