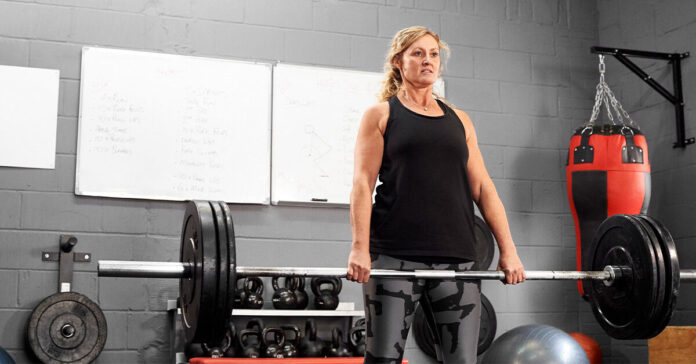 Dr. Melissa M. Markofski, Assistant Professor, Dept. of Health and Human Performance at the University of Houston, who was not involved in the study, explained, “When we exercise at a high enough intensity, there is a substantial increase in lactate. This lactate is metabolized (broken down) by the body, and products (broadly referred to as metabolites) of the lactate are formed. One of these products (metabolites) is Lac-Phe.”

In this particular , the researchers found that this molecule showed up in greater amounts in the blood of mice, racehorses, and humans after exercise, said Markofski.

“This lead the researchers to conclude that one of the benefits of exercise may be an increase in Lac-Phe and a suppression of the appetite, leading to a reduction in excessive body fat,” she said.

These findings are “potentially noteworthy,” according to Markofski, since the study identified a metabolite which may be important in body weight regulation. It also supports which type of exercise may cause the greatest production of Lac-Phe.

“This indicates that high intensity exercise — such as bicycling, running, swimming, weightlifting — will result in the greatest increase of Lac-Phe,” she said.

“These findings are significant because we know that some of the benefits of exercise include helping people maintain body weight — especially minimizing gains of body fat.”

She cautions, however, that the effects on human appetite were not studied, so it remains to be seen whether Lac-Phe will cause fat loss the way it appeared to do so in mice.

If you are looking to become leaner, Sandra Arévalo, National Spokesperson for the Academy of Nutrition and Dietetics, says, according to the findings of this study, you will need to engage in more intense exercise. This is the level that is required to release more Lac-Phe, which could potentially control hunger.

“Intense exercises are those that make you breathe harder, break a sweat, and increase your pulse,” she noted.

Markofsky further described high intensity exercises as being those where you can’t carry on a conversation.

“The person exercising can only speak in short phrases or words,” she explained.

However, it is important to engage in these activities safely.

“Before starting any exercise routine, it’s best to check with your doctor to get clearance,” Arévalo advised.

“If you have not exercised before or you are a beginner, it’s best to start slowly, always combining cardio and strength training.”

Arévalo further suggested making sure you take rest days in between workouts to give your body a chance to recover.

“As you start feeling comfortable with your routine, or you are not feeling as challenged anymore, increase your routine in moderation and as per tolerance,” she said.

Finally, having a fitness trainer to guide you is always a good idea, according to Arévalo.