HomeHealthStrength Training for Vegans Is Key to Bone Health. Here’s Why
Health 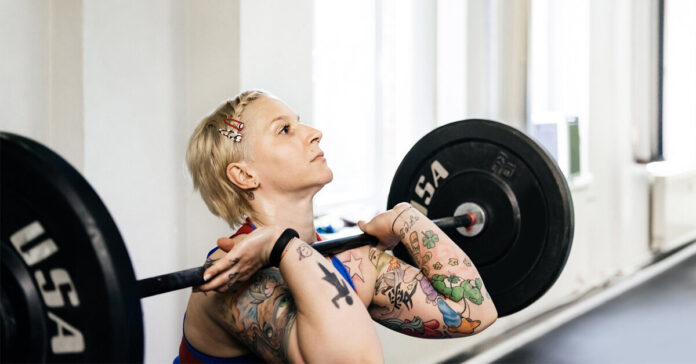 In the study, Austrian researchers assessed the microarchitecture of the trabecular bone and cortical bone of the radius and tibia in vegans and in those who followed an omnivore diet for at least 5 years. They then examined the relationships between these bone microstructures and nutrition and physical exercise.

The scientists who conducted the study recruited 88 male and female participants for the research. They divided them into two groups — vegans and omnivores.

Both groups filled out questionnaires regarding what types of athletic activities they participated in regularly. Those who reported regular resistance training at least once a week — using free weights, machines, or bodyweight exercises — were placed in a subgroup. People who did not engage in resistance training were assigned to another subgroup.

However, the scientists found little or no bone structure differences among omnivores and vegans who regularly participated in resistance training exercises.

In addition, study results showed that vegans and omnivores who only engaged in aerobic exercise or performed no physical activity had similar bone microarchitecture.

Moreover, investigators discovered that bone micro-structure was not influenced by how long a person had followed a vegan diet.

“Vegan participants who did resistance training exercises such as using machines, free weights, or bodyweight resistance exercises at least once a week had stronger bones than those who did not,” study co-author Dr. Christian Muschitz, associate professor at the Medical University of Vienna and head of the Metabolic Bone Diseases Unit at St. Vincent Hospital told Healthline.

“People who adhere to a vegan lifestyle should perform resistance training on a regular basis to preserve bone strength.”

In addition to resistance training, nutrition can play a role in the bone health of people following a plant-based diet.

Study authors report that protein, vitamin B12, calcium, and vitamin D intake were adequate and similar between the resistance and non-resistance training vegan groups.

However, they suggest that vegans consider supplementing with vitamin B12 and ensure they are getting enough plant-based protein in their diet to prevent bone loss.

According to Joan Salge Blake, EdD, RDN, FAND, a nutrition professor at Boston University and the host of the nutrition and health podcast, Spot On!, healthy bones need other nutrients, including:

“Fortunately, these nutrients are typically very easy to consume when enjoying a vegan diet,” she said.

Blake pointed out that other nutrients known to promote bone growth, including vitamin D and calcium, may be missing in a diet that does not contain foods from animal sources.

Still, it’s possible to obtain these nutrients on a plant-based diet.

“One of the best plant-based sources of these two nutrients is fortified soymilk,” Blake said. “Keep in mind that not all plant-based milk will provide adequate sources of vitamin and calcium unless they are fortified.”

“Weight-bearing and resistance exercises are the most beneficial, as they help to build and maintain bone density,” she told Healthline.

Although not specific to vegans, the recommends that adults should perform moderate-intensity muscle-strengthening exercises that involve all major muscle groups 2 or more days a week.

Vegan diets may benefit health when the appropriate balance of nutrients is consumed from whole foods. But if meals are not well planned, this dietary lifestyle can sometimes lack adequate nutrients for bone health.

According to the new research, people who follow a plant-based diet may have diminished bone strength compared to those who eat both plant and animal-based food. However, the scientists found that regular resistance training may offset those differences.

Although superior nutrition is essential, scientists recommend that people who follow a plant-based diet should consider incorporating regular resistance training into their lifestyle to maintain bone health and strength.

Delta-8 THC: Experts Warn That Not All Cannabis Alternatives Are Safe