Weight Loss: Does the Drug Semaglutide Affect How Food Tastes? 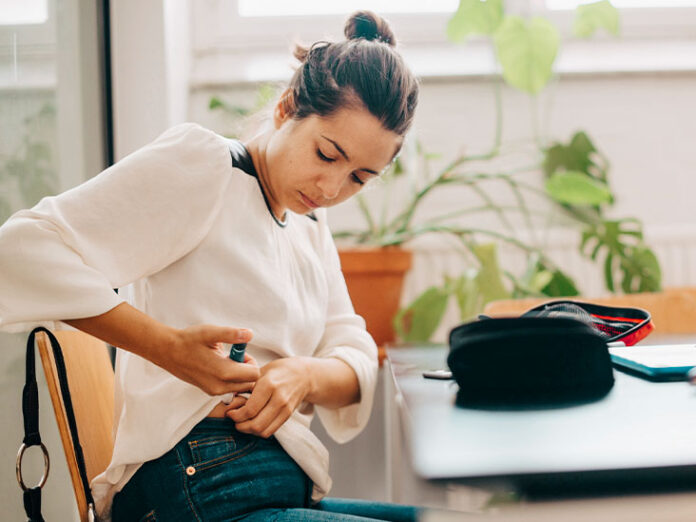 “The most common side effects are nausea and abdominal distress, which are primarily due to the fact that the medicine slows gastric emptying. Since food stays longer in the stomach, this can lead to a nausea sensation or indigestion,” Dr. Revital Gorodeski Baskin, MD, director of the Obesity Program a the University Hospitals Diabetes & Obesity Center, told Healthline.

“In general, these side effects tends to decrease or remit within a couple of months. Most patients say that they tolerate the side effects,” she added.

Other common side effects include reduced appetite, belching, bloating, vomiting, diarrhea, and constipation.

Like any medication that reduces blood sugar, semaglutide can also cause low blood sugar episodes.

In rare cases, people may develop serious side effects such as pancreatitis, kidney damage, gallbladder damage, or a severe allergic reaction. Research in mice suggests the drug may also raise the risk of thyroid C-cell tumors.

“Semaglutide is contraindicated if a person has had a history of pancreatitis as well as personal or family history of medullary thyroid cancer,” said Gorodeski Baskin.

If a patient develops side effects that are hard to manage, their doctor may advise changes to their treatment plan.

Semaglutide is a glucagon-like peptide-1 receptor agonist (GLP-1 RA), a class of medication that’s used to treat type 2 diabetes and, in some cases, support weight management.

“GLP-1 RAs have been a game changer in the treatment of diabetes and obesity,” Dr. Gregg Faiman, MD, an endocrinologist with University Hospitals in Cleveland, Ohio, told Healthline.

GLP-1 RAs mimic GLP-1, a hormone that helps regulate appetite and blood sugar. These medications slow down digestion, increase insulin production, and reduce the release of sugar stored in the liver, which helps curb appetite and lower blood sugar levels.

Multiple types of GLP-1 RAs have been developed, among which semaglutide is one of the newest options.

suggests that semaglutide can help not only lower blood sugar and weight but also reduce the risk of heart disease in people with type 2 diabetes.

In recent reports on social media and in the news, some people have anecdotally described changes in how certain foods taste or appeal to them when they’re taking semaglutide.

For example, Insider recently reported a case where a woman lost her taste for coffee, chocolate, ground beef, and her favorite fried-chicken sandwich while taking the medication.

In a thread on the social media platform Reddit, posters similarly described favorite foods that had lost their appeal or developed an unwelcome bitter flavor. “Suddenly yesterday, something was…off,” wrote one poster. “[My favorite french fries] tasted bitter to me. They’ve never tasted like that to me before, ever. I may have nearly cried. I love those stupid things, and suddenly they taste like potato-shaped metal chunks.”

Messer and Gorodeski Baskin both told Healthline that they have received similar reports from some of their own patients. While such changes may be disconcerting or distressing to some patients, others may find them less troublesome or even helpful for managing food cravings.

“I’ve definitely heard that food is less enjoyable and often doesn’t taste the same,” said Messer. “However, relationships with food inevitably improve as food becomes less of an enemy and occupies less of the patient’s head space.”

In contrast, Faiman said he hasn’t heard of any patients who have developed changes in their sense of taste or new food aversions while taking semaglutide. He attributes changes in eating habits among people who take the medication to reduced appetite rather than shifting flavors or food aversions.

“I have never heard of this complaint for a patient on any form of semaglutide,” he said. “Most say they have a smaller appetite and cannot eat as much as they used to.”

A from 2020 examined the palatability of food among people taking semaglutide and found no significant difference compared with those taking a placebo.

Some patients who’ve received prescriptions for semaglutide have faced challenges accessing the drug in recent months due to high demand and manufacturer shortages.

Both Ozempic and Wegovy have been in short supply in the United States and other countries around the world.

“Because of the higher than expected demand for Ozempic in particular, there [have been] challenges getting medication,” said Faiman. “These have for the most part now been resolved. In my patients, we were able to give some patients samples. Others were able to receive their medications from pharmacy but in smaller amounts — monthly instead of quarterly.”

Gorodeski Baskin told Healthline that some patients have had to travel to multiple pharmacies to fill their prescriptions for semaglutide. In some cases, she’s had to prescribe another treatment to patients who’ve been unable to access the drug.

“In most instances, it has pushed me to prescribe an alternative GLP-1 agonist—and since the alternative is not as good as semaglutide, it has led to frustrations,” she said.