Why More People May Experience Seasonal Affective Disorder This Year 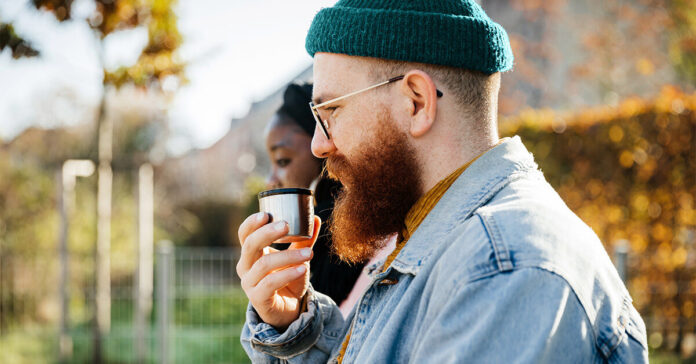 It is estimated that approximately 10 million Americans experience SAD.

In addition to social withdrawal, the NIH indicates that other common signs and symptoms of SAD include:

“The key to identifying SAD is the distinct seasonal onset and spontaneous remission of symptoms throughout a season,” says psychotherapist Heather Darwall-Smith.

“SAD is known to have a greater prevalence in countries with greater northern latitude where there are fewer daylight hours – the further you are from the equator, the higher the risk.”

Additionally, there’s a chance the disorder could affect more people for the first time in the wake of the COVID-19 pandemic due to the toll the outbreak has taken on global mental health.

“Many people experienced symptoms of depression during the lockdown as our activities were curtailed and we were isolated more,” points out Gin Lalli, a solutions-focused psychotherapist.

“As lockdown lifted, we felt better for a short while, but we’ve not really had enough time to process what happened. The change in season may add ‘another layer’ to previously mild symptoms. People who felt they were coping before may now feel overwhelmed.”

Similarly, Darwall-Smith believes many people are currently experiencing “increased worry” around topics such as the economy and climate change. In her opinion, this can affect your mood.

Despite its prevalence, it’s not entirely clear what causes SAD.

“It has been hypothesized that SAD occurs due to changes in how the body produces melatonin, a hormone that controls your sleep cycle,” says Darwall-Smith.

The overproduction of this hormone can cause excessive sleepiness.

“Certain neurotransmitters have also been implicated, and SAD has been linked with dysfunction in the serotonin system, which can result in a low mood,” she adds.

The good news is there are many ways you can manage the disorder.

If you’ve experienced SAD in the past, have a history of depression or depressive disorders, or have experienced increased stresses and major life changes, Dayry Hulkow, primary therapist at Vista Pines Health, a Delphi Behavioral Health Group facility, says to make practicing self-care a priority this fall.

“Emotional disturbances may or may not always be prevented. However, there are many preventive measures that can help safeguard our mental health and well-being. Things such as regular exercise, healthy eating, and adequate sleep are always important aspects of daily self-care practices,” he said.

Hulkow added that “maintaining meaningful connections with close family and friends can help prevent or minimize the prevalence of SAD, as well as other mental health conditions.”

Mental Health America states that increasing your amount of light at home, spending more time outside, and visiting climates that have more sun are also forms of prevention.

When it comes to preventive measures, Psychotherapist and founder of Cultureminds Therapy Sharnade George says to think of preparation like you might for the flu season.

“Before the winter seasons, we normally buy our medicines or natural resources and prepare ourselves to take extra care of our immune system so when winter arrives, we already have taken the right safety measures to prevent any flu or cold. This can also be implemented for people who suffer with SAD [by] ensuring [they have safety measures in place that] relate to their symptoms,” she said.

The best form of preparation may be connecting with a mental health professional who can determine the appropriate treatment for you.

Light therapy is also helpful for some people. It involves sitting in front of a light therapy box that emits bright light while filtering out ultraviolet rays.

According to the American Psychological Association, light therapy typically involves sitting in front of the box for at least 20 minutes a day in the morning during the fall and winter months.

Health experts say the earlier the intervention, the better, as it helps to decrease the impact on an individual’s physical and emotional well-being.