HomeHealthWhy the DEA is Sounding the Alarm About Rainbow Fentanyl
Health

Why the DEA is Sounding the Alarm About Rainbow Fentanyl 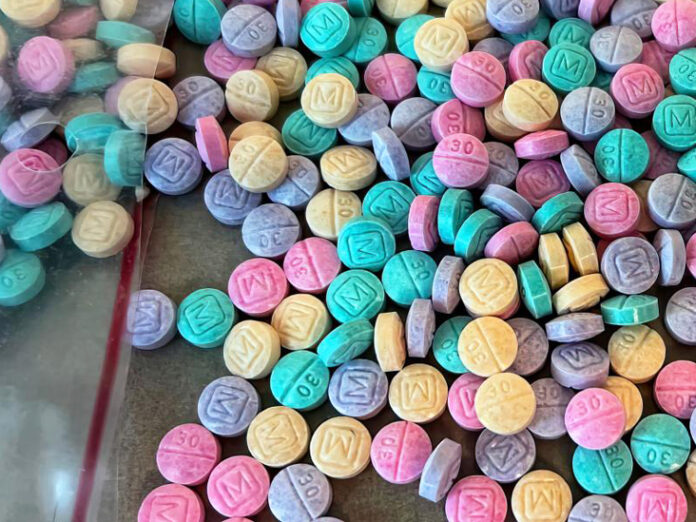 Fentanyl is a man-made opioid medication that was originally designed to function as an anesthetic in the 1960s.

According to Johnson-Arbor, it has since been developed into a prescription medication available in oral, nasal, and injectable formulations, as well as transdermal skin patches.

It is approved for treating severe .

“In recent years, fentanyl has been trafficked into the United States from other countries as an illicit drug,” says Johnson-Arbor.

According to Johnson-Arbor, pill presses can easily be purchased online, which illicit drug manufacturers can use to create fentanyl pills that look just like prescription medications.

It’s also cheap and easy to create, which is likely why it’s commonly found in the illicit drug circuit in the United States.

“Fentanyl is a dangerous drug that can cause death in very small amounts and can be disguised in pills so people don’t know the pill contains the deadly drug,” says Dr. Danelle Fisher, MD, FAAP, pediatrician and Chair of Pediatrics at Providence Saint John’s Health Center in Santa Monica, CA.

Fentanyl is highly fat soluble, meaning it quickly moves from the bloodstream to the brain, causing rapid effects.

This makes fentanyl extremely risky — amounts as small as 2 milligrams can be deadly and overdose can occur immediately after ingesting the pills, says Johnson-Arbor.

Because the pills often resemble other prescription medications, such as Percocet, many overdose deaths are unintentional.

Without testing, there is no way to know what’s in illicit drugs. While fentanyl test strips are available for purchase, they don’t tell you how much of the substance is in the product.

“People think that they’re using Percocet, heroin, or another less-potent opioid, but instead they are unknowingly exposed to fentanyl,” says Johnson-Arbor.

Fisher recommends that parents and children be aware of the colorful pills ahead of the Halloween season.

Avoid purchasing drugs from the internet and don’t take pills unless they were prescribed by a healthcare provider.

For any questions about fentanyl and its side effects, you can contact poison control for expert, non-judgmental advice, Johnson-Arbor says.

If you come across fentanyl, call 911, and if you ingest it, seek medical care immediately.

The DEA issued a warning this week about rainbow pills that contain fentanyl. The colorful pills, which are highly addictive and potentially deadly, were seized in 18 states in August. The brightly-colored pills look like candy — an effort by drug cartels to appeal to kids and young adults. Fentanyl is currently the deadliest drug threat in the United States and was responsible for 66% of overdose deaths in 2021.