HomeHealthWhy Type 1 Diabetes Is Tougher on Girls Than Boys
Health

Why Type 1 Diabetes Is Tougher on Girls Than Boys 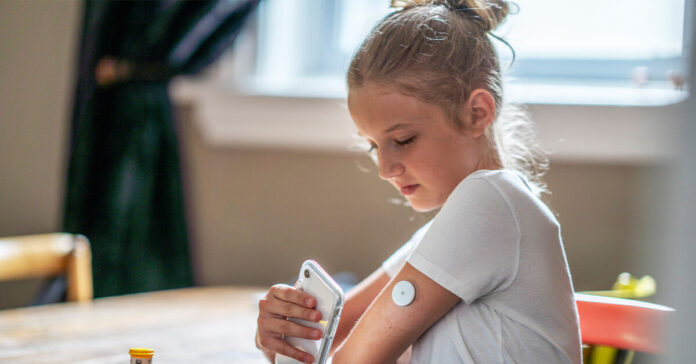 “In terms of this research about type 1 diabetes being tougher on girls than boys, when it comes to weight gain and blood sugar levels, this information is new to the medical community, but it’s not necessarily surprising” Dr. Abiona Redwood, an instructor in the Family Medicine residency Program at Community Health of South Florida, told Healthline. “That’s because when it comes to weight gain, girls and women experience three periods of weight gain: puberty, which the report touched on, pregnancy, and menopause. It’s a lot harder for girls and women to lose weight when they go through those things.”

“Just imagine adding to that type 1 diabetes and the different hormonal changes caused by menstruation that can also have an effect and happens 12 times a year for girls and women with ordinary period cycles,” Redwood added. “Girls also arrive at puberty two years before boys do, and as early as age eight.”

“Also, historically, girls have had greater issues about body image,” she added. “What I have seen among my patients, is that as girls with type 1 diabetes enter their teens the pressures of family and social obligations can make them prone to neglecting their diabetes treatment. Too often parents assume, as their girls enter their teens, they will be more responsible about their diabetes, but quite often it’s the opposite and this is precisely the time when these girls need extra parental support when it comes to maintaining medication discipline. This is a time of increasing and competing concerns for these girls, after all.”

Dana Ellis Hunnes a senior clinical dietitian at UCLA Medical Center and assistant professor at UCLA Fielding School of Public Health, told Healthline that women and girls have typically not received as much attention as study subjects as men.

That could explain why girls having more difficulty with type 1 diabetes is only now coming to light.

“I believe there are more pressures on girls, even at a younger age, to appear in certain ways or behave in certain ways,” Hunnes said. “There is, of course, also the biological component, girls – according to this study – had higher BMI at diagnosis and poorer glucose control – so some of that may be biological – insulin/hormone production -and some of it may be psychological.

“Girls may have earlier onset of beta-cell destruction – the cells that secrete insulin – than boys do, which is why they are diagnosed at a younger age,” she added. “It may also be that they live with the condition longer before diagnosis and so that could leave them with higher blood sugar levels. It may also be psychological in the sense that girls may want to ‘fit in’ more at a younger age than boys and so, may be more willing to assimilate their eating habits to the crowd.”

Dr. Eva Shelton, a physician at Brigham and Women’s Hospital in Seattle, told Healthline there could also be a body composition issue.

“Women tend to have more adipose tissue (used for fat storage) as opposed to lean muscle, compared to men,” Shelton said. “Women are also more likely to eat as a coping mechanism than boys. The increase in adipose tissue and lipid content in women predisposes to insulin resistance, and that combined with uncontrolled snack eating leads to high blood sugars and more severe diabetes.”

Dr. Robin Dickinson is a family practitioner in Englewood, Colorado. She’s also the founder of Dr. Robin’s School, a human biology program for children in third to eighth grade.

Dickinson told Healthline that teaching kids about type 1 diabetes stands out to her, and not just because she pokes her finger with a lancet to demonstrate how kids check their blood sugar.

“More than any other condition, the kids with diabetes are constantly receiving messages from people around them – teachers, friends’ parents, other kids – about what they should and should not be doing,” Dickinson said. “Kids with diabetes, especially girls, are often told that they shouldn’t eat particular foods or shouldn’t be exercising or should worry about their blood sugar or weight by anyone who knows they are diabetic or sees them checking their sugars.”

Dickinson said it’s important not to alienate children who do develop diabetes.

“As in so many other areas, girls come in for more of this,” Dickinson said. “People worry more, try to limit their physical activity more, try to limit their eating more. Yes, they need to watch their sugars, but that isn’t everyone’s business. The best way to be a friend to a girl with diabetes is to treat them like a normal kid and not invade their privacy with lots of ‘shoulds’ and ‘shouldn’ts.’”

Hunnes added that the research shows doctors should treat girls with type I diabetes differently than boys.

“We know from adults that women experience heart attacks differently than men do and, as such, should be treated differently, as far as determining the diagnosis,” she said. “We know that women have menstrual cycles each month (on average) that can affect hormones all over their body, and as such, may need different varieties of treatment than boys, psychologically, and possibly medically/biologically as well.”

“If there are psychological components to higher blood sugars, then I also think it is important for the doctor to understand what is happening there as well. Medicine cannot be one-size-fits-all,” Hunnes added.