HomeLifestyleAngelina Jolie accuses Brad Pitt of choking one of their kids in...
Lifestyle 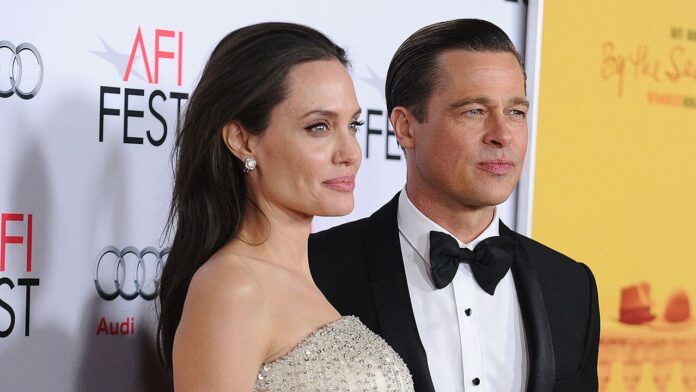 Angelina Jolie detailed Brad Pitt’s alleged abuse of her and their children on an infamous 2016 private plane ride in a blockbuster cross-complaint filed Tuesday in Los Angeles court.

On the Sept. 16 flight from France to Los Angeles “Pitt choked one of the children and struck another in the face” and “grabbed Jolie by the head and shook her,” according to the latest filing that stems from the warring exes’ vicious legal battle over a French winery they bought together in 2008.

The “Maleficent” actress alleges that Pitt, 58, was in a drunken rage when he poured beer on her and “beer and red wine” on their six kids who were then between the ages of 8 and 15.

The fight began before they boarded the plane when Pitt allegedly accused Jolie, 47, of being “too deferential to the children,” the suit says.

Angelina Jolie and Brad Pitt attend the premiere of “By the Sea” in Hollywood in 2015.
(Jason LaVeris/FilmMagic via Getty)

Jolie left the bathroom, but Pitt continued attacking her, prompting their children to jump in and try to protect her, the suit says.

“Before it was over, Pitt choked one of the children and struck another in the face,” according to the documents filed in Los Angeles Superior Court. “Some of the children pleaded with Pitt to stop. They were all frightened. Many were crying.”

Angelina Jolie reportedly sold 50% of her stake in their Chateau Miraval winery in France.
(Michel Gangne/AFP )

She and the children allegedly cowered under blankets to “avoid Pitt’s wrath” until he fell asleep.

Once they landed, Jolie woke him up and told him she and the children were going to a hotel. He allegedly shook her again before calling her a “b—-” and telling them, “F— you, f— you all.”

A representative for Pitt didn’t immediately return a request for comment – but the actor has repeatedly denied ever abusing his ex-wife or their children.

Jolie filed for divorce five days after the notorious altercation, which has been the subject of countless media reports and an FBI investigation. Federal authorities investigated after receiving an anonymous tip but declined to bring criminal charges.

Brad Pitt and Angelina Jolie have been battling it out in court since filing for divorce in 2016.
(Getty Images)

The dissolution of the former Hollywood power couple’s marriage has dragged out for years. They finalized their divorce in 2019 but have continued to battle over custody and now the vineyard and estate Chateau Miraval – the site of their 2014 nuptials.

The winery produces an internationally renowned rosé that has been dubbed the Brangelina bottle.

The “Fury” star sued his ex-wife in February, accusing her of secretly selling her shares in the venture to alleged Russian oligarch Yuri Shefler, of the Stoli Group, behind his back to spite him.

Jolie says in the lateest filing that she planned to sell her shares to Pitt, but negotiations broke down over his insistence that she sign a nondisclosure agreement barring her from publicly discussing the alleged abuse of her and their children.

Pitt, on the other hand, claims Jolie pulled out of the deal after she received an unfavorable custody ruling and sold the shares to Shefler’s company in a move he called “vindictive and unlawful.”