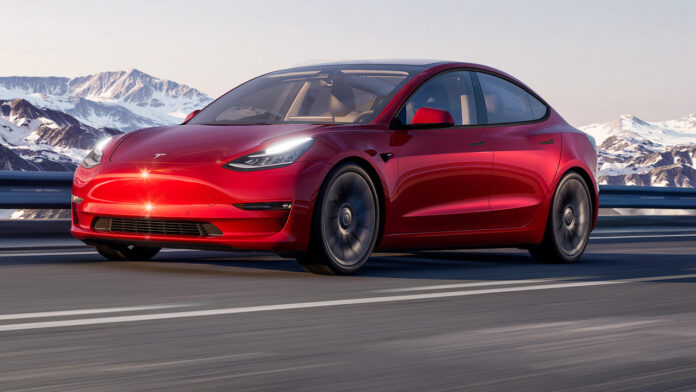 Of all the ridiculous provisions in the Democrats’ absurdly named Inflation Reduction Act, perhaps the most amazing is the lavish subsidy it provides for the rich and famous. The bill expands upon already deep federal subsidies for Americans who purchase electric vehicles.

There are myriad reasons why this is a bad idea. But with Arizona Democrat Sen. Kyrsten Sinema finally falling in line with the rest of her far left party, this looks to be a done deal. And a very bad one for the average American.

First of all, as many have pointed out, the electricity that runs these futuristic vehicles doesn’t just flow freely from the sky, as envisioned by Nicola Tesla whose name is now synonymous with electric vehicles. Rather these supposedly green status symbols on our roads are powered by the grid. And what powers the grid? In many cases the very fossil fuels meant to be phased out.

Adding to this is the fact that a mandate in the bill requires that the rare minerals needed for the batteries may not come from Russia or China. The only problem is that American auto manufacturers say that without those sources, they simply can’t meet demand. So the already months long waiting lists for many EV’s may only get worse.

It also isn’t clear that this measure will actually lower prices, in fact, manufacturers may simply use the subsidy to create nicer products at the same bottom line cost for their mostly well off consumers.

For the average American an EV is a luxury item, even with Uncle Sam kicking in $7,500 dollars if all requirements are met, it’s a reach these days. It’s like giving everyone a thousand dollar gift card to the Rolex store, great, but where do we get the other 9 grand?

But perhaps the biggest flaw of the bill and the one that will stick in the craw of middle class Americans most pointedly is that average price of a new EV is over $54,000, with many much more expensive. Even used EVs, which get a smaller subsidy in the legislation, don’t come cheap.

For the average American this a luxury item, even with Uncle Sam kicking in $7,500 dollars if all requirements are met, it’s a reach these days. It’s like giving everyone a thousand dollar gift card to the Rolex store, great, but where do we get the other 9 grand?

ELECTRIC CAR REVOLUTION: YOU BOUGHT ONE, BUT CAN YOU GET IT SERVICED?

There are also regional disparities to consider, California for example has over 550,000 electric cars, which dwarves Texas which has a mere 130,000 and New York with a paltry 62,000. This makes the Golden State a much easier place to drive electric, in part because California Democrats intentionally increased gas prices to create an incentive which resulted in an enormous amount of charging stations, and a culture surrounding the vehicles.

They call this policy a win, but with Californians fleeing the state for less progressive and expensive confines, is this really a path the entire country should be going down? And more broadly, is this even the best way to encourage the growth of the electric vehicle industry?

In the last decade, owing to free market competition with gas guzzlers, EVs have become more competitive, the best way to encourage that is to allow that fair competition to continue, not for the federal government to put its thumb on the scale.

This is not the first time that Democrats under President Joe Biden have sought to give working class cash over to their economic betters. Their desire to forgive student loans for the college educated is another such inverse wealth transfer, and they wonder why they are bleeding blue collar voters like a sacrificial goat.

The bottom line is that top-down attempts to manipulate the American economy so as to achieve environmental or social goals are always a failure. Americans will broadly adopt EVs when they reach a point of equality or superiority in the marketplace.

The actions of people like California Gov. Gavin Newsom and Transportation Secretary Pete Buttigieg to inflict pain at the pump to prime this change is hurting people. And now with this subsidy for the wealthy, the Democrats, once again, are aiming to make the problem worse.

David Marcus is a columnist living in New York City and the author of “Charade: The Covid Lies That Crushed A Nation.”