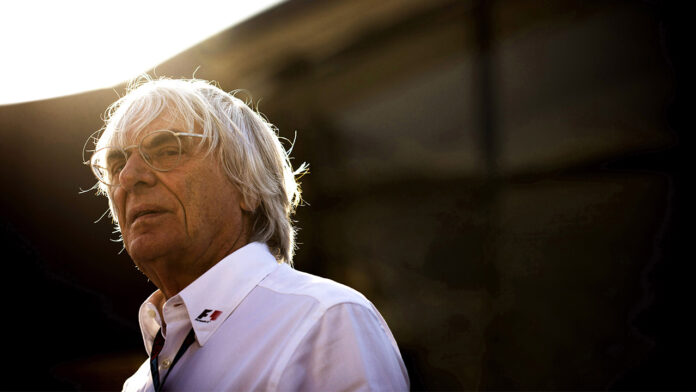 Former Formula One boss Bernie Ecclestone was arrested in Brazil Wednesday for illegally carrying a gun while boarding a private plane, according to multiple reports.

Ecclestone, 91, was boarding the plane to Switzerland when Brazilian police said they found an undocumented LW Seecamp .32 gun in his luggage during an X-ray screening at Viracopos airport in Campinas, Reuters reported.

While Ecclestone was unaware the gun was in his luggage, he acknowledged owning the weapon, which was seized after the incident, police said.

British Chief Executive Of The Formula One Group Bernie Ecclestone wearing a logo adorned white shirt while standing in the Formula One paddock at the 2013 German Grand Prix, Nurburgring, Germany, on the 6th July 2013.
(Photo by Darren Heath/Getty Images)

The former executive was released to continue his journey to Switzerland after paying 6,060 Brazilian reals ($1,240).

Ecclestone is married to Brazilian-born Fabiana Ecclestone and is a frequent visitor to the South American country.

Bernie Ecclestone, Chairman Emeritus of the Formula One Group, and his wife Fabiana walk in the Paddock before the F1 Grand Prix of Russia at Sochi Autodrom on September 29, 2019, in Sochi, Russia.
(Photo by Mark Thompson/Getty Images)

Gun owners are allowed to possess firearms in Brazil if they can prove they need the weapons for their own security.

The former boss told authorities he kept the pistol on a farm in Sao Paulo after buying the weapon from a Formula One mechanic roughly five years ago.

Ecclestone, who was listed by Forbes as having a net worth of $3.4 billion in 2021, spent roughly four decades as the head of Formula One before stepping down in 2017.

He gained a marketing grip on Formula One in the late 1970s by selling its TV rights and the British business magnate controlled the sport until his decision to step down.

Former Formula One boss Bernie Ecclestone stands at the starting grid prior to the start of the Azerbaijan Formula One Grand Prix at the city circuit in Baku, Azerbaijan, April 29, 2018.
(AP Photo/Luca Bruno, File)

The Associated Press contributed to this report