The 2-door Jeep Wrangler is so hot right now customers are paying 24.4% over list to get it 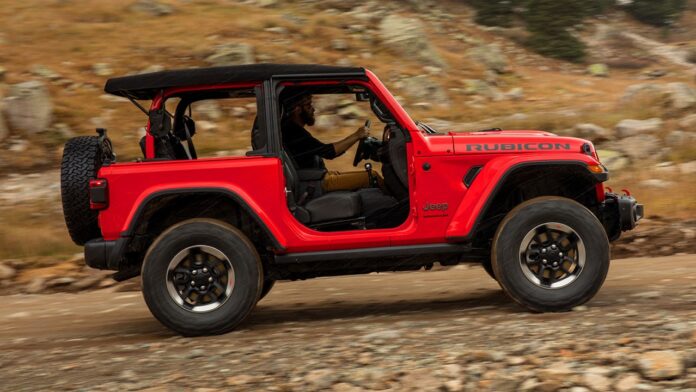 The latest survey of sales from iseecars.com found that vehicles sold between July 1 and Sept. 7, 2022 were going for an average of 10% above MSRP. That is basically flat from the 9.9% seen during February and March.

“In today’s market, consumers are willing to pay well-above sticker price for new cars because inventory is so scarce and because they know that new car pricing is not expected to improve until 2023 at the earliest.”

THE 2023 JEEP WRANGLER WILLYS 4XE IS A RETRO HYBRID SUV

The two-door Jeep Wrangler had the highest markups found in the latest iseecars.com study of new car transaction prices.
(Jeep)

Some vehicles have been commanding even higher premiums, with the top 15 all above 18%.

Number one on the dubious list is the two-door version of the Jeep Wrangler. It was selling for $8,433 over list, which represents a 24.4% markup. The dollar markup on the more expensive four-door was higher at $8,877, which equates to 20% over MSRP.

The Ford Bronco was also high on the markup list.
(Ford)

“Consumers looking to purchase a new car should do their research and compare prices between multiple dealers, and in some cases can avoid markups by ordering directly from the manufacturer,” Brauer said.

The Ford Maverick, which as a starting price of $20,490, was the most affordable model on the list, but carried 18.4% markup worth $4.614. That was not enough to persuade buyers, however, as the Maverick is essentially sold out for 2022 and is so popular that the 2023 reservation book was filled up in less than a week and is already closed.

Here is the full list of the most in demand models right now from iseecars.com and the markups you can expect to pay if you really want one: