HomeLifestyleThe 'best Ferrari' ever could be worth $30 million
Lifestyle 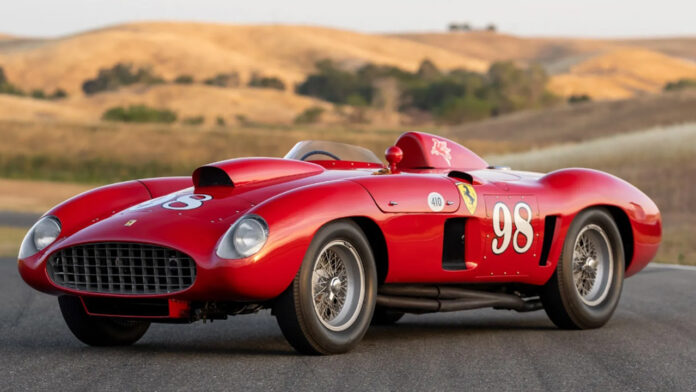 The most powerful Ferrari ever… is a plug-in hybrid

The newest Ferrari model, the SF90 Stradale, is the company’s most powerful car ever, and happens to be a plug-in hybrid aimed at improving the company’s environmental image. The SF90 Stradale has a 4.0-liter V8 and three electric motors with a combined output of 986 horsepower. The screaming mid-engine supercar can accelerate to 60 mph in 2.5 seconds and hit a top speed of 211 mph.

Before Carroll Shelby was beating Ferrari with Ford as a team owner at Le Mans he won plenty of races driving Ferraris.

And the “best” he ever drove is being auctioned this summer.

The 1955 Ferrari 410 Sport Spider by Scaglietti will be offered at the RM Sotheby’s event in Monterey, California, this August and Shelby isn’t the only famous name who made a mark with the open-top car.

The classically red car was also piloted by Formula One great Juan Manuel Fangio at the 1956 1000 km Buenos Aires race and a roster of drivers including American greats Phil Hill and Richie Ginther.

Shelby had the most success in it across 1956-1958, accounting for eight of its 11 total competition victories, which was the most races he ever won in a single car during his career.

Shelby signed the fuel tank and wrote that Mr. Ferrari called it the best Ferrari ever.
(RM Sotheby’s)

Its fuel tank also bears Shelby’s inscription and the message “Mr. Ferrari told me this is the best Ferrari he ever built.”

Shelby won with the car at Palm Springs in 1956.
(Klemantaski Collection/Getty Images)

It’s one of just 410 Sports that were campaigned by the Ferrari factory out of the four that were built and has a pre-auction estimated value of $25-$30 million.

Even at the high price it would fall short of the most expensive Ferrari ever publicly auctioned, which stands at the $48.4 million paid in 2018 for a 1962 Ferrari 250 GTO, while a 1963 250 GTO was reportedly sold privately the same year for $70 million.