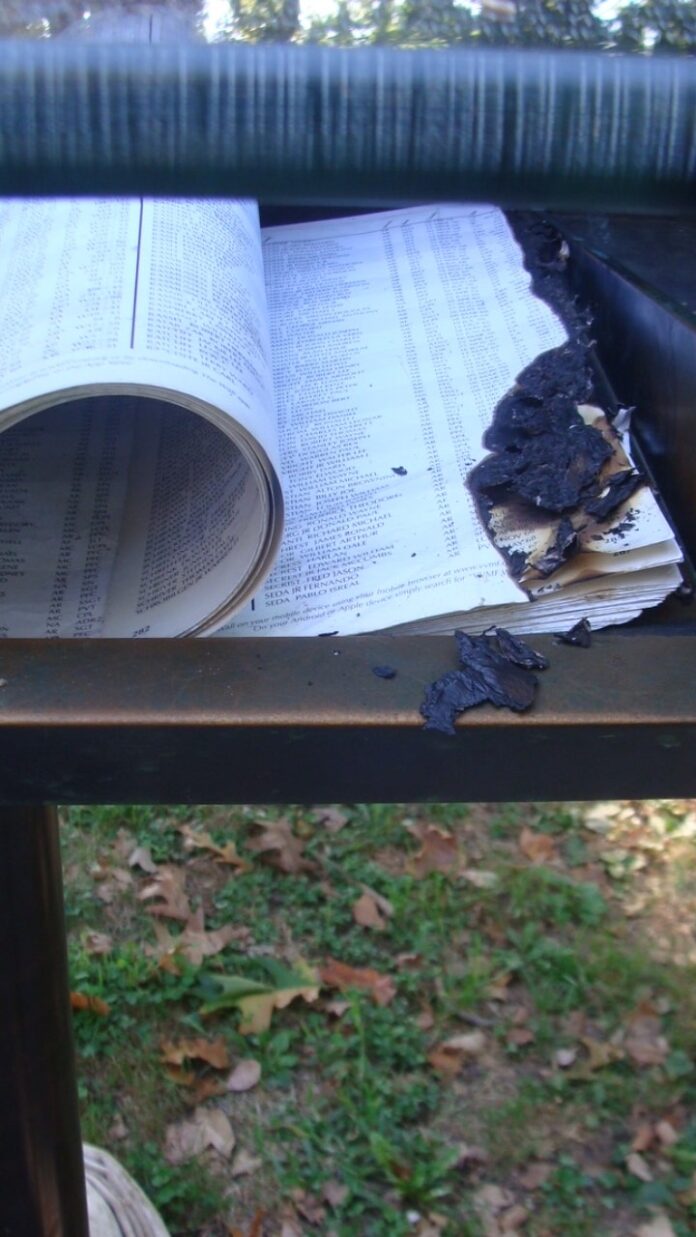 The Vietnam Veterans Memorial Fund said Wednesday that vandals had struck its site in Washington, D.C.

Photos posted by the organization showed areas that had been burned, including the spot where a wreath was laid and a name directory book.

“We are saddened to say that vandals struck the site of the Vietnam Veterans Memorial in Washington, D.C. this week. A wreath that had been laid at The Wall was burned as well as one of our name directories,” the fund said in a Facebook post. “Please know that we are working with the appropriate authorities on it and that we will be replacing the name directory as soon as possible.”

The U.S. Park Police told Fox News Digital in an emailed statement on Wednesday that it received a report of vandalism at the memorial at about 9:30 a.m. ET on Tuesday.

“A plastic wreath and a portion of a name directory book were burned,” it said. “The investigation into this is ongoing and anyone with information is asked to contact the USPP at 202-379-4877 or email USPP_Tipline@nps.gov.”

Tim Tetz, the Vietnam Veterans Memorial Fund’s director of outreach, told Fox News Digital on Thursday that the act was a “tragedy,” noting that there had been more and more lawlessness in the area over the past few years.

“It’s been at all the other memorials and, for whatever reason, over the years everyone has realized the sanctity of this place. And, certainly, on Monday night, that sanctity was absolutely eroded,” he remarked.

The incident occurred the same day as Park Police arrested 44-year-old Shaun Ray Deaton, of Bloomington, Indiana, for allegedly vandalizing the outside base of the Washington Monument with red paint.

Deaton was charged with trespassing, tampering and vandalism.

CHARLOTTESVILLE ROBERT E. LEE STATUE TO BE MELTED DOWN FOR PUBLIC ART PROJECT

American flags are seen at the Vietnam Veterans Memorial on National POW/MIA Recognition Day on the National Mall on September 16, 2022, in Washington, D.C.
(Photo by Kevin Dietsch/Getty Images)

The Park Police said that there may be additional charges as the investigation into the incident continues.

The area around the monument was temporarily closed.

The Washington Monument after it was cleaned
(NPS/Twitter)

On Wednesday morning, the Monument Preservation crew began to clean the base and a photo posted later in the day showed no trace of the vulgar message.

“Our team is good! Thanks to the Monument Preservation crew for their outstanding work,” the National Park Service wrote.

Julia Musto is a reporter for Fox News Digital. You can find her on Twitter at @JuliaElenaMusto.