HomeLifestyleWoman on TikTok alleges her gynecologist refused to tie her tubes in...
Lifestyle

Woman on TikTok alleges her gynecologist refused to tie her tubes in case she meets ‘Mr. Right’ someday 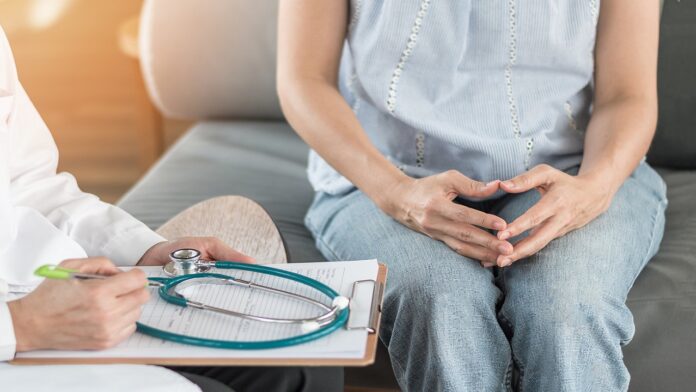 A woman who wishes to remain “child-free” says a gynecologist denied her request for tubal ligation because of her age and her potential dating future.

A 22-year-old student from Massachusetts who identifies herself as Olivia Downs on TikTok reenacted the alleged conversation she had with a female OB/GYN for her followers.

“Hi, Mrs. Gynecologist. My name is Olivia. I never want children,” she starts off while extending her hand to the camera, mocking an introductory handshake.

“I’ve had this made up in my mind since I was old enough to think of the concept,” Olivia continues. “Can I please have my tubes tied?”

Olivia goes on to say that the doctor told her “no” because the procedure is “permanent,” and instead suggested an intrauterine device (IUD) as a form of birth control.

Obstetrician-gynecologists are medical doctors who treat patients and advise them on various reproductive treatments and procedures, including tubal ligation, also known as tube tying.
(iStock)

“You might meet Mr. Right and change your mind,” Olivia says the doctor told her.

Olivia says she reiterated that she has her mind set and wouldn’t regret getting her tubes tied.

The doctor allegedly gave Olivia a brochure about a copper IUD, which she holds up to the camera as she sits in her car.

Olivia says the doctor rejected her request once more on the basis of the permanence of the procedure and the slim chance that she could change her mind in the future.

HOW MUCH DOES IT COST TO HAVE A BABY?

The doctor allegedly gave Olivia a brochure about a copper IUD, which she holds up to the camera as she sits in her car.

Olivia says the doctor went on to tell her that the IUD she recommends has the same efficacy rate as tube tying, but that it comes with the side effect of uterine cramps that can last for months after insertion.

“No, no thank you,” Olivia concludes.

Fox News Digital reached out to Olivia for comment.

Within one week of posting her video to TikTok, the clip has been viewed more than two million times.

MORE COLLEGE-EDUCATED WOMEN ARE HAVING BABIES BEFORE MARRIAGE: STUDY

Thousands of commenters have chimed in on the topic and the vast majority side with Olivia’s wishes over Mrs. Gynecologist’s warnings.

“People need to understand NOT wanting kids!!!!!” one commenter wrote.

“I’ve always hated the ‘what if you meet a man’ argument [because] … yes … let’s make life decisions on the chance a man comes into the picture,” another commenter wrote sarcastically.

One TikTok user expressed shock that Olivia left the doctor’s office and encouraged her to not give up.

“How do you just leave after this??” the user wrote. “I can’t imagine a doctor denying my request just because they said so??? It hurts my brain, please keep pushing it!”

Tubal ligation is a birth control procedure in which the fallopian tubes are either “blocked or cut” as a means to prevent sperm from meeting an egg, according to Johns Hopkins Medicine.

Candidates for tubal ligation include adult women who are in a “stable relationship” where both partners don’t want kids, have a health condition that would make pregnancy a serious health risk or don’t wish to pass on a genetic disorder, Johns Hopkins states on its website.

If a patient is deemed a fit for tubal ligation, an OB/GYN will discuss next steps in the process.
(iStock)

In Massachusetts, where Olivia apparently lives, according to her TikTok bio, there’s no age requirement for tube tying. However, women who wish to use a federal insurance (such as Medicaid) to cover the cost of the procedure must be at least 21 years of age to undergo the procedure, according to the Massachusetts Executive Office of Health and Human Services.

Tubal ligation requirements may vary by state and depend on a patient’s insurance coverage plan or personal funds. Still, many women have vented — claiming that it’s difficult to find a doctor to agree to do the procedure when they’re young or haven’t had a child.

The child-free hashtag on TikTok — which has more than 334.9 million views — is one place where women have relayed their experiences.

Women have also turned to the child-free subreddit to share their stories. The online community has more than 1.4 million members.

In an October 2020 report from the CDC’s National Center for Health Statistics, data on “Current Contraceptive Status Among Women” ages 15 to 49 in the U.S. (2017–2019) showed that 18.1% of women have turned to female sterilization as a form of birth control.