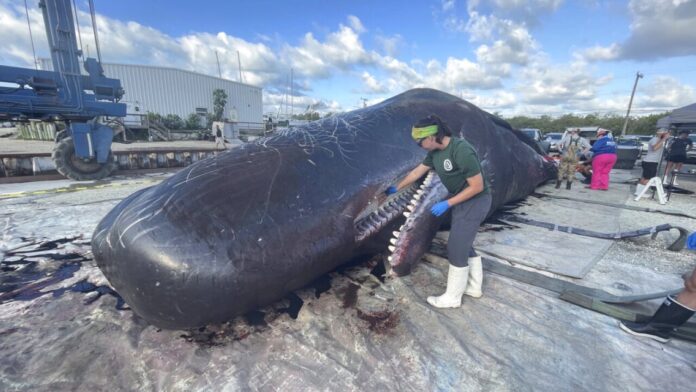 Two sperm whales have died within a week of each other in the Florida Keys, but officials didn’t immediately see a connection between the deaths.

A beached sperm whale Wednesday, May 11, 2022, in the Florida Keys.
(Florida Fish and Wildlife Conservation Commission via AP)

The remains were towed to a nearby marina early Wednesday morning.

Officials say a necropsy on the calf determined that it likely died from being separated from its mother.

Officials were studying the adult corpse Wednesday, noting that the animal appeared to be emaciated.