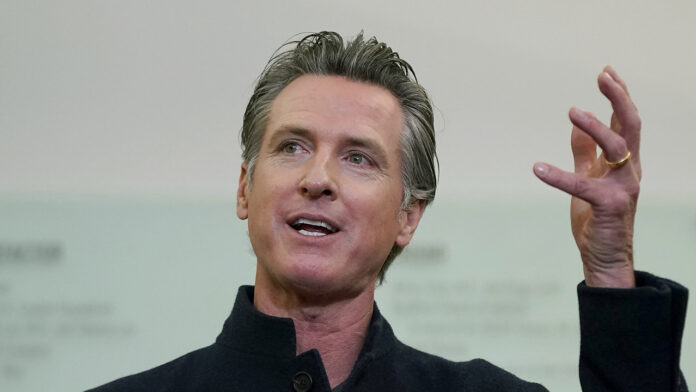 While red states in roughly half the country are poised to ban most abortions following the overturning of Roe v. Wade, many blue states have already moved to protect abortion rights and expand access ahead of Friday’s Supreme Court decision overturning the landmark 1973 law.

According to the Guttmacher Institute, a pro-abortion rights research group, at least 16 states and Washington, D.C., have existing laws that protect abortion, and at least 11 Democrat-controlled legislatures have moved to expand abortion access in anticipation of the Supreme Court’s decision in Dobbs v. Jackson Women’s Health Organization on Friday, which overturned Roe v. Wade and left the question of abortion up to the states to decide.

Pro-choice activists rally at the Washington Monument before a march to the Supreme Court in Washington, May 14, 2022.
(Jose Luis Magana/AFP via Getty Images)

Some blue states, like Illinois and New York, established abortion as a fundamental right in recent years while others have ramped up efforts to enshrine abortion rights into their state constitutions in recent months. Democratic governors in Colorado and New Jersey signed laws codifying abortion, and Democratic California Gov. Gavin Newsom has pledged to support a constitutional amendment for voters to decide.

In Vermont, Democratic lawmakers passed a constitutional amendment in February to guarantee the right to an abortion, which voters will decide this November.

Democratic governors in states with Republican majority legislatures, like Michigan and Wisconsin, have voiced opposition to the anti-abortion laws in their states. Michigan Gov. Gretchen Whitmer filed a lawsuit in April asking the Michigan Supreme Court to stop enforcement of the state’s 1931 abortion ban, and Wisconsin Gov. Tony Evers has called for the repeal of an 1849 state law that makes abortion a felony.

Evers led a coalition of 17 Democratic governors, including Whitmer, who sent a letter to Congress last month urging senators to codify Roe v. Wade via the Women’s Health Protection Act, which passed the House last September.

The bill failed to advance in the Senate on May 11 in a show vote designed to draw sharp political lines ahead of the midterm elections. The bill needed 60 votes to advance, but died in a 51 to 49 tally with West Virginia Democratic Sen. Joe Manchin joining with all 50 Republicans in voting no.

Some blue states have moved to expand abortion access by increasing government funding and recognizing a broader scope of abortion providers. In Oregon, for instance, Democrats recently passed a bill to provide $15 million for abortion costs, including for women coming from outside the state. In Connecticut and Washington state, physician assistants, registered nurses, and other health clinicians will soon be eligible to perform abortions.

Jessica Chasmar is a reporter for Fox News Digital. Story tips can be sent to Jessica.Chasmar@fox.com and on Twitter: @JessicaChasmar.