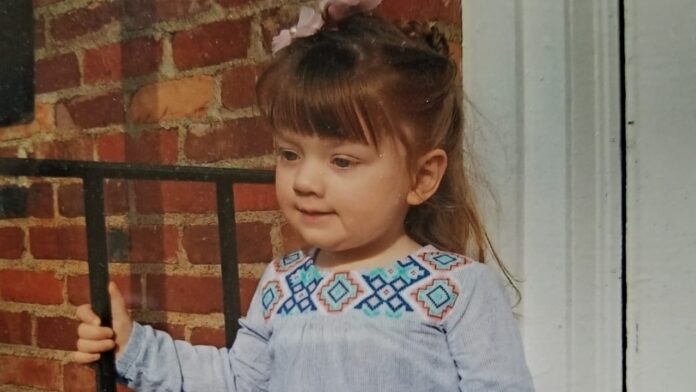 The family of a 3-year-old girl abused to death by her foster parents is grateful after a Greenville, South Carolina, jury found suspect Ariel Robinson, a former contestant on Food Network’s “Worst Cooks in America,” guilty of homicide by child abuse.

Judge Letitia Verdin sentenced Robinson to life in prison for the January 2021 death of Victoria “Tori” Rose Smith following the jury’s verdict after a four-day-long trial.

“It is a huge sense of relief that Victoria did get justice in the end. Obviously, we’re still devastated that she’s gone, but we are very grateful that the police and the prosecution and the judge…did such a wonderful job, and they did such a wonderful job that the jury could plainly see that she had committed this crime, and she’s going to serve her life sentence for it,” Michelle Wooten Urps, Smith’s great aunt, told Fox News Digital of her family’s reaction to the verdict.

Robinson, 30, and her 35-year-old husband, Jerry “Austin” Robinson, were arrested and charged with homicide by child abuse in January 2021 following Smith’s death, Greenville County records show. Austin pleaded guilty last month to aiding and abetting homicide by child abuse and will serve between 10 and 20 years in prison, as FOX Carolina reported.

The jury deliberated for about an hour and a half before reaching a verdict following a four-day trial. Robinson was sentenced to life in prison, according to the outlet.

“Her testimony honestly left me with a lot of confusion,” Wooten Urps said of Robinson’s remarks on the witness stand Thursday. “She was obviously trying to deflect the blame. … She never actually placed the blame on anyone. She said it without saying it.”

Robinson had testified that Smith’s brother, who was 7 at the time of Smith’s death and whom the Robinsons were also fostering, would get angry with his younger sister and could have contributed to her killing, but evidence presented in court pointed to Ariel and Austin as the primary abusers in the household, according to FOX Carolina.

Christy Kednocker Sustakovitch, assistant solicitor for the Greenville County Thirteenth Judicial Circuit, said the prosecution is “extremely grateful to the jury for their close attention and work on this devastating case.”

“This jury had to see and hear things that were truly horrific. We are very thankful for the verdict in this tragic case,” she said. “There are no winners in a case like this one. We can’t bring Tori back but she will always live on in our memories. I’ve learned in these cases, the best you can hope for is justice and the jury brought exactly that. May sweet Victoria Rose Smith rest in eternal peace forever.”

Wooten Urps and Smith’s other relatives have been promoting a petition on Change.org with nearly 46,000 signatures that calls on South Carolina lawmakers to pass a foster-care reform bill called Victoria’s Law. The law would reform the screening process for individuals interested in fostering and require the South Carolina Department of Social Services (DSS) to perform random check-ins on foster homes.

Once Smith’s mother’s custodial rights were terminated, the 3-year-old’s extended family made a request to the Robinsons to keep Smith’s family “updated” about the children with the possibility of future contact, but the Robinsons “declined” that request, Wooten Urps explained.

“They said that they just needed time to bond and get used to each other as a family, and we respected and appreciated that at the time,” she explained.

A representative from the South Carolina DSS testified during Ariel’s trial that the department made regular, monthly visits to the Robinson household, but Wooten Urps does not believe that to be true.

“Honestly and truly, [the Smiths] should have never been placed in that home. The financial issues alone should have negated them from being able to get these kids. So…we’re calling for more stringent screening processes,” Wooten Urps said, adding that the fact that the Robinsons were not trained in CPR was a red flag.

She continued: “We’re also asking for surprise visits. What’s going to have to happen is…the DSS is responsible for all of this, and some of these responsibilities are going to have to be taken out of their system because their workload is just insane. They’re just overworked and under-trained. There are plenty of other resources.”

Prosecutors earlier this week argued that the Robinsons fatally beat Smith on Jan. 14, 2021, when police found the girl unresponsive in their home. Greenville County Chief Medical Examiner Dr. Michael Ward, a forensic pathologist, testified on Wednesday that the toddler was beaten with such force that her blood vessels burst, allowing blood to collect in her muscles and fat, which could have led to her death, FOX Carolina reported.

“If we lose enough blood, the heart doesn’t have enough volume to pump,” he said.

Ariel, a former teacher, received $25,000 upon winning the “Worst Cooks in America” Food Network competition, which pits amateur cooks against each other in a series of cooking challenges overseen by celebrity chefs, Deadline reported.

Episodes of her season are no longer available to stream on Food Network’s online platforms, including Discovery+, Hulu and YouTube.