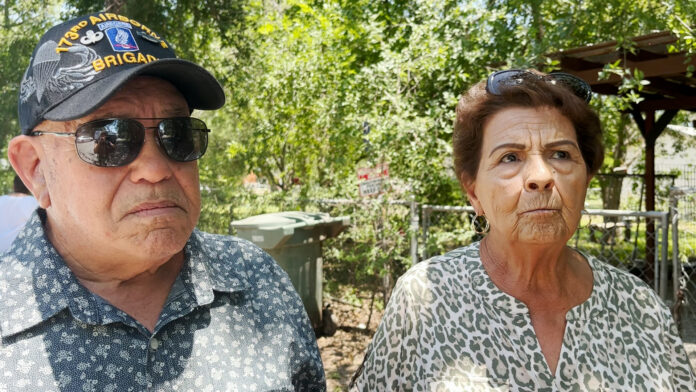 “They need to start putting a lot of security, more than what they have right now,” said Gilda Lopez, the grandmother of Xavier Lopez, a 10-year-old slain during the Texas shooting. “Look what happened. We lost an angel.”

Fourth-grader Xavier Lopez, 10, was killed when a gunman broke into Robb Elementary School in Uvalde, Texas on May 24, 2022.
(Courtesy of the family. (Fox News/Paul Best))

“What happened to security?” he told Fox News.

Security is “supposed to be out there with the kids all the time,” Joe Villarreal continued. “When they come back in they got to make sure the doors are locked.”

Xavier Lopez’s grandfather, Guadalupe Lopez, said Ramos “should have never even got there.”

Tess Mata, one of the victims of the mass shooting Robb Elementary School in Uvalde, Texas, is seen in this undated photo obtained from social media. Courtesy of Tess Mata’s Family/via REUTERS  THIS IMAGE HAS BEEN SUPPLIED BY A THIRD PARTY. MANDATORY CREDIT. NO RESALES. NO ARCHIVES.
(Reuters)

Another relative of Xavier Lopez and Mata, Veronica Villarreal, made similar remarks.

“I don’t understand exactly what happened, but I think that they should have gone ahead and secured that back door,” she told Fox News.

The suspect walked into the school and was not confronted by a school resource officer, Texas Department of Public Safety Regional Director Victor Escalon said at a press conference Thursday afternoon. The school usually has an armed officer, but on Tuesday, “there was not an officer, readily available armed,” Escalon said.

UVALDE TEXAS STUDENT WHO COVERED HERSELF IN CLASSMATES’ BLOOD TO SURVIVE IS STILL SHAKEN, DAD SAYS

Once inside the building, the gunman walked into a hallway and made his way into a classroom, Escalon told press.

“Four minutes later, local police departments, Uvalde Police Department, the Independent School District Police Department are inside, making entry,” he said. “They hear gunfire, they take rounds, they move back, get cover. And during that time, they approach where the suspect is at.”

He was “always helping his dad do the yard and everything,” Gilda Lopez said. “He enjoyed all that.”