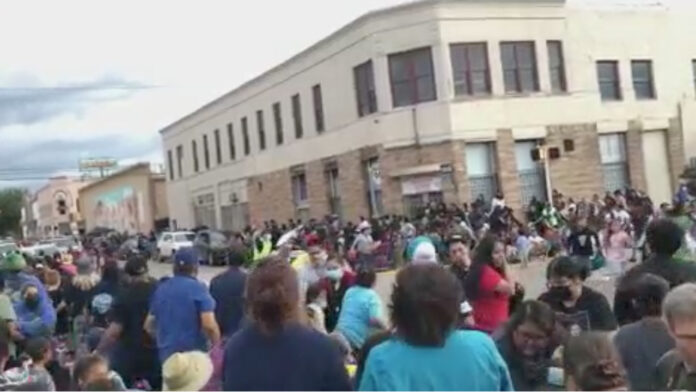 A vehicle drove through a ceremonial parade in New Mexico, leaving several people, including two police officers, with injuries.

The New Mexico State Police said an SUV drove through the annual Inter-Tribal Indian Ceremonial parade in downtown Gallup on Thursday. The driver was arrested at the scene.

Witnesses at the scene said there were at least two passengers in the SUV when it drove through the parade route.

According to New Mexico State Police, multiple pedestrians were hurt and were being treated at the scene.

Two Gallup police officers were among those who were injured and were also being treated at the scene, New Mexico police said.

Videos of the incident on social media showed crowds of people running away from the brown SUV as it went through the parade at a high rate of speed.

A crowd reacts and flees in terror as an SUV speeds through a parade in New Mexico on Thursday.
(Kaelyn Bahe via Storyful)

Further video shows officers surrounding the SUV. Officers then moved in and pull people out and onto the ground.