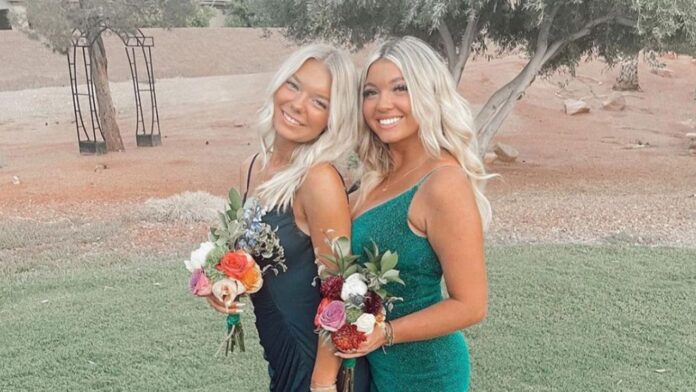 Kaylee Goncalves, 21, was one of four students murdered in a Moscow rental home near the university’s campus Nov. 13. Madison Mogen, 21, Xana Kernodle, 20, and Ethan Chapin, 20, were the other victims. Police are still looking for the perpetrator.

“I just feel like there have been a couple of individuals that were cleared very fast that maybe should not have been,” Kristi Goncalves’ mother told NewsNation in an interview.

She added that she does not “know anything about those individuals,” but she thinks police may have cleared them too soon into their investigation. It was unclear if the Goncalves family was referring to anyone in particular, but relatives did say they are standing by Kaylee’s former boyfriend.

UNIVERSITY OF IDAHO MURDERS TIMELINE: WHAT WE KNOW

University of Idaho victim Kaylee Goncalves may have had a stalker, according to police in Moscow, Idaho. But they haven’t corroborated the claim, and investigators have not named a suspect or person of interest 12 days after the brutal quadruple homicide of Goncalves and three friends.
(Instagram @kayleegoncalves)

“I just know they were people that definitely should have been looked at,” she told the outlet.

Her husband and Kaylee’s father, Steven Goncalves, told NewsNation in the same interview he doesn’t know what would prevent authorities from “sharing someone’s alibi.”

Kaylee Goncalves, one of four University of Idaho students found murdered in a home near campus
(Facebook)

Detectives with the Moscow Police Department, which is handling the investigation into the murders with help from local and federal authorities, “do not believe the following are involved in this crime” at this time: the victims’ two surviving roommates who lived on the first floor of the house where the attack occurred, a man seen in video footage from a food truck Goncalves and Mogen ordered from early on the morning Nov. 13, a private party who drove the two young women home around 1:45 a.m., a man Goncalves and Mogen called multiple times in the early morning hours of Nov. 13, any individual at the house when 911 was called the next morning at 11:58 a.m. and a sixth tenant at the house who moved out earlier in the year.

“Just because the police say something doesn’t necessarily make it true. So, sometimes, if you have somebody that you suspect or you don’t have enough information or evidence … you can just say everyone’s cleared. That doesn’t mean [police] can’t change their mind and turn around and arrest somebody,” former New York City Police Department Det. Sgt. Joseph Giacalone told Fox News Digital.

“So, why release a list of individuals whom detectives do not believe are involved in this crime?”

Giacalone said the quadruple murder might be “one of the biggest cases” he’s seen on social media.

“Sometimes, people take things too far. … Listen, we don’t want to see anybody getting hurt. We don’t want to see anybody take any retribution. There have been some irresponsible people on social media who have accused and put the target … on some people,” Giacalone said. He added that while social media and the true crime community are “great,” speculation can be harmful to the investigation and innocent people.

Police can’t reign in social media rumors, but they can attempt to control the narrative, the former NYPD detective said.

In her obituary, Goncaleves’ family described the 21-year-old as strong, fair, tough, dedicated, beautiful and loving.

“Throughout all of her years of education, Kaylee maintained incredible grades and made friends wherever she went. She was social, quirky, contagious and a little bit of a goofball (sorry Kaylee, it’s true!)” they wrote. “She loved to play pranks on her friends and family constantly. She loved adventure. She was a hard worker, always having a full-time job on top of her studies, even in high school. Kaylee loved the nicer things in life and took a lot of pride in buying those things for herself.”

A photo of Madison Mogen and Kaylee Goncalves, who were killed with two other University of Idaho students.
(Instagram)

Sunday will mark three weeks since the students were stabbed to death, likely while sleeping, and police have yet to name any suspects in the case.

Moscow Police have continued to describe the brutal murders as “an isolated, targeted attack.” University of Idaho students who left campus for Thanksgiving break were given the option to stay home and learn remotely instead of returning to campus with a suspect still on the run. Police also have yet to announce any kind of motive in the quadruple murder.

Authorities are asking anyone with information about the murders to call 208-883-7180 or tipline@ci.moscow.id.us.

Audrey Conklin is a digital reporter for Fox News Digital and FOX Business. Email tips to audrey.conklin@fox.com or on Twitter at @audpants.