HomeNewsAmericaIdaho murders: Prosecutor spotted at police headquarters on Thanksgiving as hunt for...
NewsAmerica 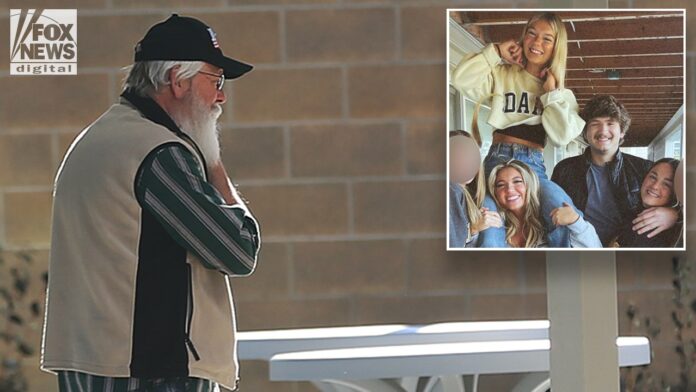 Thompson arrived around 2 p.m. on Thanksgiving Day as detectives from state and local police and FBI agents intensified their search for a suspect in the slayings of four University of Idaho students who were stabbed to death in the middle of the night earlier this month.

Thompson did not immediately respond to Fox News Digital’s request for comment.

Aaron Snell, communications director for the Idaho State Police, said that Thompson’s presence alone does not indicate a break in the case.

“He’s there daily,” he said “He continues to work through the holiday/weekend.”

Thompson is not the only one working overtime on the case. On Thanksgiving Day, FBI agents, detectives and uniformed officers were coming and going from the building as they continued to seek answers in the students’ slayings.

One law enforcement officer said at dusk that investigators planned to work well into the evening.

“They will work through this holiday and through the weekend,” Snell said earlier.

Kaylee Goncalves, 21, Madison Mogen, 21, Xana Kernodle, 20, and Ethan Chapin, 20, were found dead hours after police say someone attacked them in their sleep on Nov. 13.

UNIVERSITY OF IDAHO STUDENTS KILLED: A TIMELINE OF EVENTS

Ethan Chapin, 20, Xana Kernodle, 20, Madison Mogen, 21, and Kaylee Goncalves, 21, along with the women’s two other roommates in Kaylee Goncalves’ final Instagram post, shared the day before the slayings.
(@kayleegoncalves/Instagram)

The three women lived together in a house just off the University of Idaho campus in Moscow, and Chapin was visiting his girlfriend, Kernodle.

Two downstairs roommates and a pet dog in the home were unharmed, according to authorities.

Police have not publicly identified any suspects or persons of interest.

But they have ruled out the two female roommates who were downstairs at the time of the murders, a man who appeared on surveillance video at a food truck at the same time as Goncalves and Mogen shortly before they returned home, a “private party” driver who took them to the house, Goncalves’ ex-boyfriend and a group of friends who were present at the house Sunday morning when the initial 911 call was placed.

Police said they were looking into reports that Gonzales had a stalker before the attack – but had not yet found evidence.

Kaylee Goncalves, one of four University of Idaho students found murdered Sunday in a home near campus.
(Facebook)

“Kaylee mentioned having a stalker, but detectives have been unable to corroborate the statement,” police said Wednesday. “Investigators are requesting anyone with information about a potential stalker, or unusual instances, to contact the tip line.”

Police said Wednesday they’d taken 4,000 photographs and collected 103 “pieces of evidence,” including the contents of three dumpsters on King Road as part of the investigation.

They are asking for anyone with surveillance images in the surrounding area to turn them over.

Anyone with information on the case is asked to call the tip line at 208-883-7180 or email tipline@ci.moscow.id.us.

Michael Ruiz is a reporter for Fox News Digital. Story tips can be sent to michael.ruiz@fox.com and on Twitter: @mikerreports