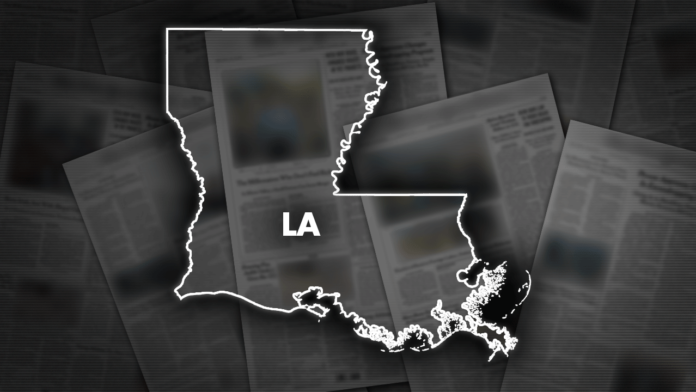 A man is in custody after he allegedly entered a New Orleans hotel room and fatally beat an elderly man from Missouri who was visiting the city with his wife, police said.

The 75-year-old man was found unresponsive in a room Thursday night at the Avenue Plaza Hotel in the city’s Garden District neighborhood. He later died at an area hospital.

Martin Hurtado, 29, of New Orleans, faces a charge of second-degree murder. Magistrate commissioner Jay Daniels set bond Friday at $350,000. It was unknown if Hurtado has an attorney who could speak on his behalf.

Police told multiple news outlets they were called to the hotel after someone pulled a fire alarm around 11 p.m. and tried to get into a room on the sixth floor. The victim’s wife told police that when she saw an unknown man enter their room, she ran into the bathroom, then saw the man punch her husband in the face, The Times-Picayune/The New Orleans Advocate reported.

At that point she ran to get help, prosecutors said during Hurtado’s court appearance. When police arrived, officers found the victim on the floor of his room. The victim’s wife was not physically injured.

A man was arrested for the fatal beating of an elderly man in a New Orleans hotel. The 75-year-old was found unresponsive and taken to the hospital where he later died.

The Orleans Parish Coroner’s Office will determine how the victim died and release his name upon completion of an autopsy.

The suspect had no connection to the victim or the hotel, police said. Anyone with information about the killing is encouraged to contact Crimestoppers of Greater New Orleans or the police department’s homicide division.