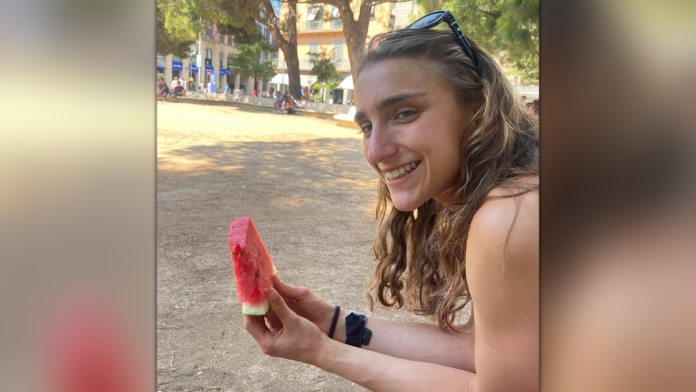 Dramatic video captures the successful rescue of a youth group’s 17 kids and two adults from one of Utah’s many slot canyons; Fox News senior correspondent Claudia Cowan reports on the latest.

A college student who disappeared during a weekend hike in New Hampshire’s White Mountains was found dead on Wednesday.

New Hampshire Fish and Game said the body of Emily Sotelo, of Westford, Mass., was located around 11 a.m. on the northwest side of Mount Lafayette in Franconia.

Sotelo intended to complete a solo hike and was reportedly dropped off by her mom before dawn on Sunday morning at a campground near Franconia Notch.

Her mom contacted NHFG after she did not return by late afternoon.

CREWS IN NEW HAMPSHIRE SEARCHING FOR MISSING HIKER FROM MASSACHUSETTS

New Hampshire authorities located the body of missing hiker, Emily Sotelo, Wednesday after she did not return from a weekend hike.
(New Hampshire Fish and Game/Facebook)

More than a dozen search and rescue teams comprised of Fish and Game officers and volunteers spent the following days searching for Sotelo using aircraft and scent-tracking dogs.

Tracks and items belonging to the missing woman were found at the headquarters of Lafayette Brook Tuesday afternoon. By that evening, authorities said crews were working a recovery instead of a rescue mission.

When her body was located, an Army National Guard helicopter helped move her to the Cannon Mountain ski area.

Fog hovers over the narrow road through Franconia Notch on December 27, 2021 in the White Mountain National Forest in New Hampshire.
(Andrew Lichtenstein/Corbis via Getty Images)

MISSING COLORADO HIKER FOUND DEAD AFTER GETTING SEPARATED FROM GROUP

Sotelo was working toward a goal of hiking New Hampshire’s 48 peaks above 4,000 feet before her 20th birthday, according to the Associated Press. She would have turned 20 on Wednesday, the day her body was found.

Fish and Game officials said the search was difficult as rescuers faced high winds, cold temperatures and blowing snow. Sotelo was reportedly unprepared for the conditions as she went out for her hike in a light jacket, hiking sneakers and exercise pants over long underwear.

“Weather conditions by Sunday evening were single digit temperatures, 40 to 60 mile per hour winds, blowing snow, and she was not dressed accordingly for those temperatures,” Fish and Game Maj. David Walsh said, according to the AP. “Those are extreme conditions, and then she ended up off trail.”

Though Sotelo was described as an experienced hiker by her family, they said she did not have much experience with hiking during the winter.

Walsh said her death should serve as “a warning to all hikers,” stressing the importance of preparing for the unexpected.

FILE – A view of a trail sign White Mountain National Forest on May 02, 2020 in Franconia, New Hampshire.
(Maddie Meyer/Getty Images)

Sotelo was a sophomore at Vanderbilt University in Tennessee studying biochemistry and chemical biology. She had recently transferred to the Nashville school from the College of William & Mary, the AP reported.