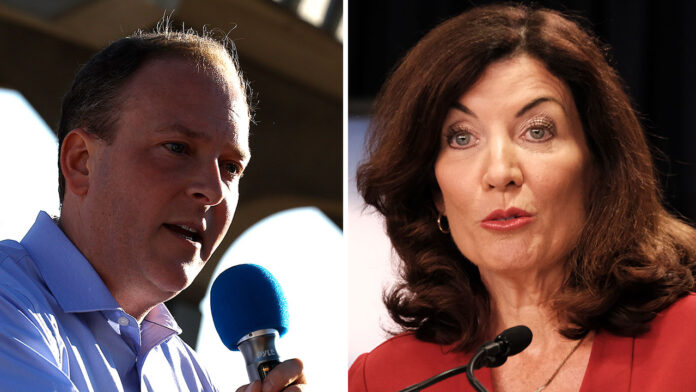 Reached by Fox News Digital on Monday, a spokeswoman for the New York State Board of Elections declined to comment on allegations brought by either gubernatorial candidate, but she did confirm that of the signatures submitted for Zeldin to run on the Independent Party line — in addition to the GOP ticket — just 39,228 were validated, falling short of the 45,000 required.

Nearly 13,000 others were deemed invalid for a swath of reasons, including duplicate signatures, voters not properly registered, or incorrect addresses, she said. She did not comment on whether any photocopied signatures were found.

The New York Democratic Party called the alleged action a “serious offense that could result in multiple charges, including felonies.”

Zeldin’s campaign previously denied ever making or having knowledge of any photocopied signatures.

“In my role as Chair of the Senate Elections Committee, I have not hesitated to defend our system of elections from spurious allegations of fraud,” Myrie said in a statement on Friday. “However, when actual election fraud appears to have occurred, as it does in this case, it is essential for the public trust that potential violations are investigated fully and swiftly.”

“After leading efforts to throw out the 2020 presidential election results over baseless conspiracy theories, Lee Zeldin is now implicated in an actual case of alleged election fraud, and this time it’s real,” Lenzmeier said in a statement. “New Yorkers deserve to know how more than 11,000 photocopied petition signatures were submitted on behalf of Zeldin’s campaign and who oversaw the process.”

“We know the facts — thousands of invalid ballot signatures were submitted to get Zeldin on the Independence Party line,” Lenzmeier added. “This is a serious offense that could result in multiple charges, including felonies. Lee Zeldin owes it to the voters to come clean about what happened.”

Zeldin, who was attacked during a campaign stop last month, has been an outspoken critic of Hochul regarding the state’s controversial bail reform law that took effect at the start of 2020.

Rep. Nicole Malliotakis, R-N.Y., told Fox News Digital she was introducing legislation to address the release of repeat offenders at the federal level, arguing soaring violent crime won’t change much in New York unless Hochul is voted out and Zeldin sees a November victory.

In the first public poll conducted since the primary, Hochul showed “an early – but certainly not insurmountable – lead” over Zeldin, according to the survey conducted by Sienna College. Hochul was up by 14 percentage points, polling at 53% compared to Zeldin’s 39%.