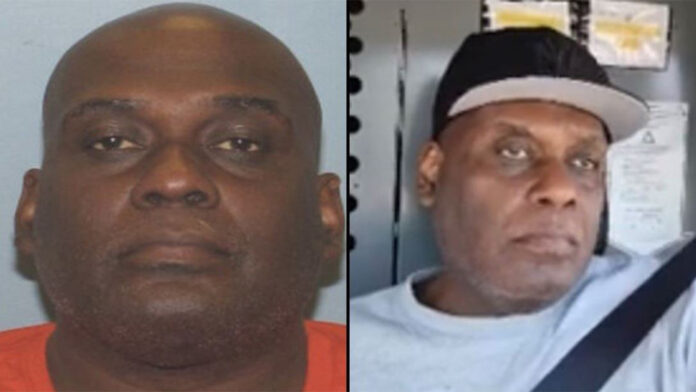 James appeared for his arraignment in federal court in Brooklyn on Friday, when he pleaded not guilty to two counts: carrying out a terror attack against a mass transit system and discharging a firearm during a crime of violence.

The 62-year-old suspect entered the courtroom just after 12 p.m., wearing a khaki two-piece prison-issued suit with navy shoes and a brown t-shirt underneath. He was flanked by U.S. Marshals and was not wearing shackles or handcuffs. He appeared lucid and alert.

Judge William Kuntz asked how James was doing, to which he responded: “Pretty good.” When prompted, he told Kuntz he was born in the Bronx, New York, and confirmed his date of birth.

Asked if he had taken any drugs or alcohol in the past 24 hours, James responded: “Ah, no.”

Kuntz read the indictment in its entirety. James appeared attentive and looked at the judge while the suspect rested his hands on the table in front of him.

The jurist asked the defense team how they pleaded on each count, and then asked James the same question.

“Not guilty,” James replied both times.

During his initial appearance in April, James was ordered held without bail pending any future requests that the defense team might make. On Friday, defense attorney Mia Eisner-Grynberg said her defense did not have a bail application “at this time.”

James shuffled out of the courtroom roughly 30 minutes later, with his hands behind his back. Kuntz set the next court appearance for 2:30 p.m. on July 25.

James made his Friday court appearance one week after a grand jury returned a federal indictment on terrorism charges.

The man is accused of boarding a Brooklyn subway train on April 12, then deploying a smoke canister and firing his weapon 33 times “in cold blood at terrified passengers who had nowhere to run and nowhere to hide,” the detention memo states. Officials have said 29 people were injured, including 10 who suffered gunshot wounds.