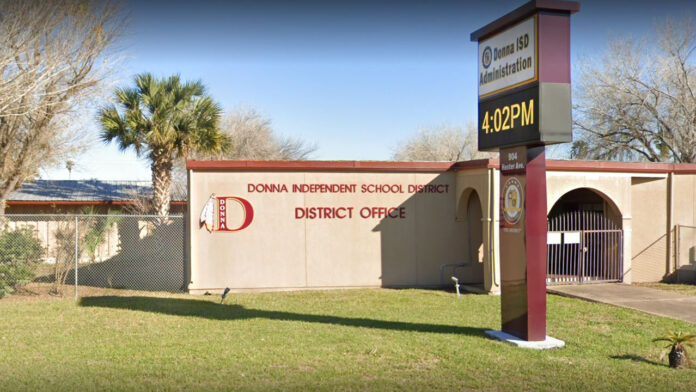 The Donna Police Department in Texas on Thursday arrested four males, including two juveniles, in connection to threats made against a Donna school, according to local reports.

The threats came two days after 19 elementary school students and two teachers were killed in a mass school shooting in Uvalde on Tuesday, leading to threats from a handful of copycat actors across the state in the days that followed.

The Donna Independent School District in Donna, Texas, announced Wednesday night that it will be canceling school district-wide on Thursday and Friday after receiving a “credible threat of violence.”
(Google Maps)

The students are being held on $750,000 bond, according to the outlet.

Police said two other minor students were arrested in connection to the incident after receiving a tip that the group was planning to carry out an attack against an unspecified Donna school.

The Donna PD and Donna Independent School District (ISD) did not immediately respond to inquiries from FoxNews.com.

The Donna ISD released a statement Thursday announcing that classes had been canceled amid threats to the district and in light of the tragedy in Uvalde.

“The safety and security of our students and staff is our first priority,” the announcement said. “Classes will resume Tuesday morning.”