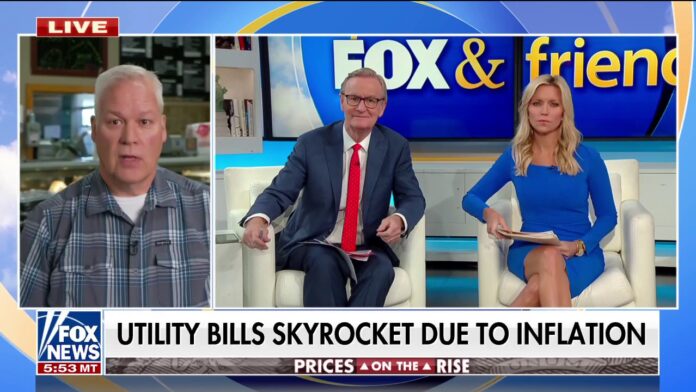 Small business owners are feeling the crushing weight of inflation in more than just goods and services. Now, many businesses are struggling to keep the lights on.

“It’s not just the lights,” Montroy said. “The price of the product itself has gone up too. It does affect everything in the store, including my stuff on the shelves.”

Energy and utilities are just one piece of the inflation puzzle leaving many Americans struggling to make ends meet. Small businesses, in particular, have to afford products that face inflation and the electricity and A/C needed to keep their doors open.

WHITE HOUSE PUSHES BACK ON CLAIMS BIDEN IS ‘VILIFYING’ US OIL INDUSTRY: ‘THIS ISN’T PERSONAL’

President Biden has criticized small businesses and oil companies for not reducing prices and helping the American people during “a time of war.”

“To the companies running gas stations and setting those prices at the pump… bring down the price you are charging at the pump to reflect the cost you are paying for the product,” the President argued.

President Biden speaks about inflation and supply chain issues at the Port of Los Angeles on June 10, 2022.
(AP Photo/Damian Dovarganes)

The president faced harsh backlash from business owners following his criticism and continued blame shifting. Biden has continually sought a scapegoat for economic pains including the pandemic, Vladimir Putin’s war on Ukraine and, most recently, business owners and oil companies.

Many economists and analysts note that businesses and oil companies are not able to simply bring down the price as costs are determined on a global market. Small businesses have to keep costs at a certain margin in order to feed their families.

“It’s been kind of creating a higher margin, trying to keep the prices as low as I can to keep the store open and keeping my customers happy,” Montroy told Steve Doocy and Ainsley Earhardt.

While the Federal Reserve has announced a 75-basis point rate hike to curb inflation’s effects, recession fears continue and inflation is growing stronger by the day. American families continue to adjust despite no end in sight.

Montroy said he wants to hear solutions from the Biden administration instead of blaming others.

“I think Washington needs to stop blaming the store owners and the people who run gas stations and stuff like that, because Washington has to understand that people are trying to make a living and you can’t operate a business without creating a profit or at least meeting your bills,” he said.

Madeline Coggins is a Digital Production Assistant with Fox News.