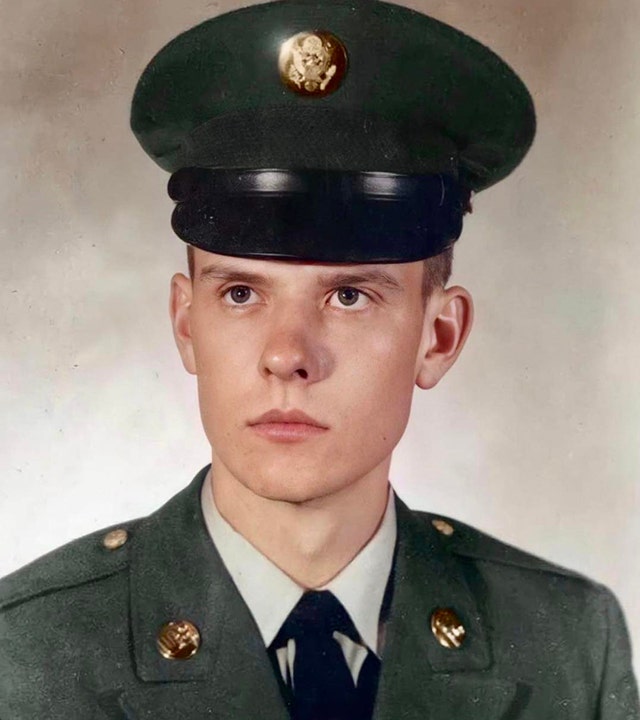 Investigators in Utah have identified one suspect and are seeking a second in the brutal unsolved murder of an Army veteran and rape of a woman who was with him when he was killed on Thanksgiving weekend in 1972.

Daniel Arthur Bell was identified through DNA testing as one of two men suspected of killing 21-year-old Gregory Dahl Nickell nearly 50 years ago while he was with a date at a scenic overlook west of Vernal, the Uintah County Sheriff’s Office said.

After killing Nickell, Bell and the unidentified man killed Nickell, abducted his date and raped her, investigators said.

Bell died in 2019. Investigators believe that releasing his name will help with learning the identity of the second suspect, who is believed to be younger than Bell, the sheriff’s office said.

Gregory Dahl Nickell, 21, had recently been honorably discharged from the Army when he was murdered over Thanksgiving weekend in 1972 near Vernal, Utah.
(Uintah County Sheriff’s Office)

“This case remains open and active,” Uintah County Sheriff Steve Labrum said. “Our investigators continue to develop and follow leads in the pursuit of justice for everyone who has been impacted by this heinous crime.”

Nickell had just returned to Vernal after being honorably discharged from the Army when he took an 18-year-old woman on a date to the scenic overlook. According to  authorities, at around 1 a.m., a man knocked on Nickell’s car window. The man said there had been a car crash and asked Nickell for help.

FAMILY OF MELISSA HIGHSMITH, TEXAS TODDLER KIDNAPPED OVER 50 YEARS AGO, ‘GETTING CLOSER’ TO ANSWERS

Nickell agreed and as he turned away from the window, the man shot him at least three times with a .22 caliber pistol, officials say. It was reported that the man then pushed Nickell’s body onto the 18-year-old woman, threatened her and drove them to a remote area, while his accomplice followed in a second car.

When they arrived, the men used gas from Nickell’s car to set it on fire with the veteran’s body still inside, authorities say. The men then allegedly kidnapped the woman in the second vehicle, drove 60 miles, then each raped her once before abandoning her on the side of the road.

While the victim was never able to give authorities a good description of the suspects, forensic evidence from the woman was finally able to help investigators pin down one suspect.

“It’s a tragedy that it’s taken 50 years to identify one suspect,” Labrum said. “It’s my hope that, with the public’s help, we will identify the other suspect much, much sooner.”