HomeNewsAmericaUtah serial drunk driver faces up to 20 years in prison after...
NewsAmerica

Utah serial drunk driver faces up to 20 years in prison after fatally hitting boy, 13, with truck 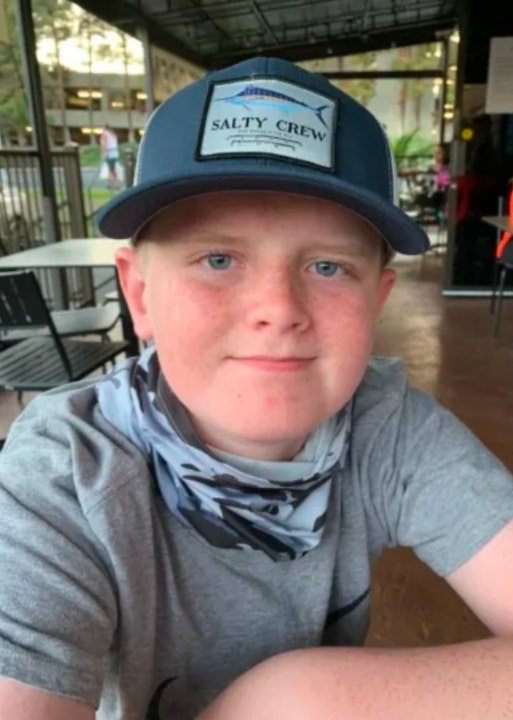 City manager in Utah on the deaths of 8 people

Enoch, Utah, City Manager Rob Dotson said police officers found eight people inside a home, all with gunshot wounds, and talked about the impact the incident has on the community, which is made up of about 8,000 residents.

A Utah man is facing up to 20 years in prison after he pleaded guilty to automobile homicide and failure to remain at the scene of an accident earlier this year.

Mason Ohms, 50, fatally struck and killed 13-year-old Eli Mitchell in an April 26, 2022, drunk driving incident while the boy was riding his bicycle home from the grocery store, according to Salt Lake County court records.

“My only son and best friend was tragically taken from me due to many poor decisions and criminal actions due to Mason Ohms,” Eli’s father, Jeremy Mitchell, said in a witness statement read Monday during Ohms’ sentencing, according to FOX 13 Salt Lake City.

Ohms drank approximately 140 ounces of beer at a local bar before getting into his truck and driving off. He struck Mitchell after accelerating at a stoplight. He then drove away from the scene with the boy’s bike dragging beneath his truck.

Ohms eventually turned into a parking lot and removed the bike from his truck before taking off again, according to court documents. West Jordan Police Department officers arrested Ohms later that day.

“He had no soul at that moment,” Eli’s grandfather, Glendon Mitchell, said in a Monday witness statement, FOX 13 reported. “He simply stared down at the helpless body in the street and looked blankly at strangers helping Eli.”

Ohms, a construction worker, faces up to a combined 15 years for criminal homicide and leaving the scene of an accident involving death.

Mason Ohms faces up to 20 years in prison for a drunk driving incident that left a 13-year-old boy dead in April 2022.
(Mason Ohms/ Facebook)

The 50-year-old man, who had four prior drunk driving convictions dating back to 1994, apologized for his actions in court, according to FOX 13.

“I never intended for any of this to happen. I’m devastated by what has happened. I sincerely apologize,” Ohms said.

Eli was remembered in his obituary as “a kind, fun-loving young man who had many friends” and “loved outdoor activities including snowboarding, riding ATVs, mountain biking, camping, video games, and airsoft wars with his friends.”

“He was an avid reader which gave him an extensive vocabulary envied by the adults around him,” his obituary states. “Spending time with his family was so important to him. He was very close to his 16-year-old sister Emma. It is impossible to capture the essence of Eli in words. He was, from birth, a special boy full of quirky confidence. He embodied a balance of seeming paradoxes. Eli was authentically thoughtful of others while at the same time not giving a second thought to fitting norms or external molds.”

Eli “was sensitive yet bold, respectful yet not passive, organized and playful,” his family wrote.

In a December 2022 press release, the Utah Department of Public Safety noted that 34% of all fatal roadway incidents last year were related to drunk driving.

Audrey Conklin is a digital reporter for Fox News Digital and FOX Business. Email tips to audrey.conklin@fox.com or on Twitter at @audpants.