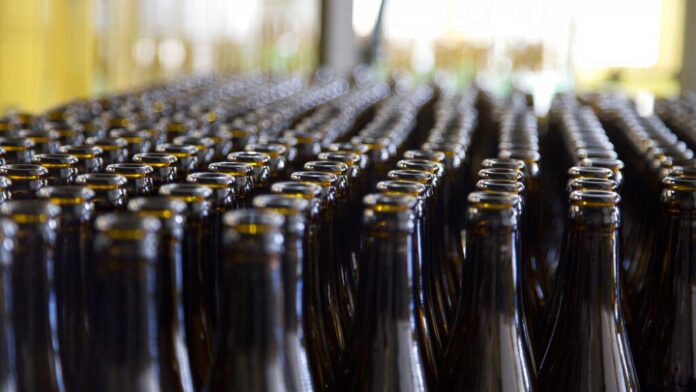 Higher production costs and supply chain problems are putting Belgian beer makers on the brink of a nervous breakdown, as the global economic downturn takes its toll.

Companies like the historic Huyghe brewery in Flanders, for example, are starting to run out of bottles.

The lifeline, for now, is the accumulated stocks of bottles that were purchased from a supplier company in Russia. These days, supply has been interrupted and finding alternative suppliers with the capacity to respond in Europe is anything but easy due to the strong concentration that has occurred in the industry in recent years.

According to Alain de Laet, the company’s executive director, it only has stocks to last until September.

“Essentially we lack the 33 centilitre APO bottles. I know some producers who work with Steinie bottles and for several of these producers the lack of bottles is also becoming a problem,” de Laet told Euronews.

“For us, it is a big problem, because we have an export volume of 87%, which means that the bottles are not returned.”

He added that the situation has been exacerbated by the COVID-19 lockdowns in China, which have caused orders to plummet. The country is the brewer’s second international export destination, after France.

At the moment, the brewery, which employs 110 people and produces 250,000 hectolitres of beer a year, fears that total revenues will fall by 20% if the crisis continues during the summer.

The problem of bottle shortages began during the pandemic when demand for beer switched from bars and restaurants to purchases in retail supermarkets.

Compounding the situation further is the price of glass – an energy-intensive industry – which has soared because of the current energy crisis.

While some bottle makers are open to increasing production, for many brewers the response may simply not come in a timely manner.

Turning to cans could be a solution for some producers, but adding to the storm there are also problems with aluminium supply and costs, and in addition, for many producers, the taste is not the same.

Beer industry representatives say small and medium-sized businesses are at risk of being hit hardest, including Simon Spillane from the Brewers of Europe organisation, which represents companies in the sector at the European level.

“[The crisis] will definitely affect some brewers more than others,” Spillane told Euronews. “And that really depends on what is their packaging mix. Where are they getting their supplies from? Which country are they operating in? Is it a returnable bottle system? Refillable? Is the company exporting a lot outside Europe?

“So it really is specific to the individual companies. And I think potentially there will be knock-on effects for consumer prices. But also, I mean, some products may have to stop production.”

All of this represents yet another blow to an industry already under intense pressure.

In Europe, brewers are responsible for creating more than two million jobs across the production chain, which means that much is at stake as the fragile European economy tries to recover from the pandemic.