Brussels recommends billions in EU funds be withheld from Hungary 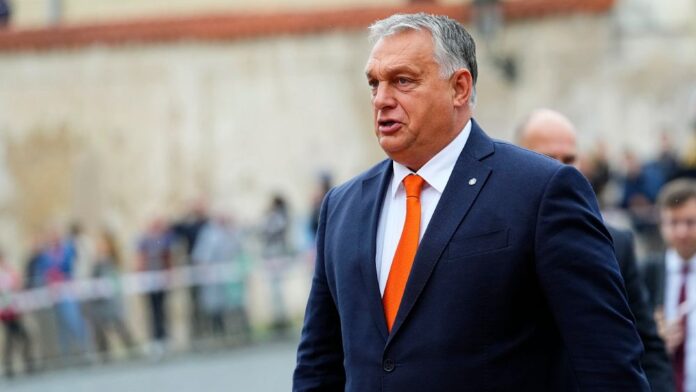 The European Commission is likely to recommend that billions of euros of EU money be withheld from Hungary judging that Budapest has failed to deliver the reforms necessary to ensure such funds are protected from corruption, Euronews understands.

This comes as EU parliamentarians are due to vote on Thursday on a resolution to demand EU funds for Hungary be frozen due to rule of law breaches.

The EU’s executive called in September for an estimated €7.5 billion in European funds to be withheld from Hungary over corruption concerns after it triggered a new rule of law mechanism.

This sum amounts to roughly 65% of the funds Budapest received under EU Cohesion programmes.

Hungary could get the money if it passed 17 remedial measures negotiated with the Commission before November 19.

These aimed to address “systematic irregularities” in the public procurement process, conflict of interest from government officials and weaknesses in the investigation and prosecution of cases regarding EU funds.

Budapest sent the necessary paperwork by 19 November with Justice Minister Judit Varga describing herself last week as “very optimistic” the funds would be disbursed.

But the European Commission’s assessment is that Budapest has not delivered and it has decided to refer the matter to the EU Council. EU countries are therefore expected to vote on this in mid-December with a qualified majority necessary to block the disbursement.

In a separate matter, the Commission is also attaching strings to the disbursement of €5.8 billion to Hungary in post-COVID recovery funds.

Hungary has yet to receive any money from the bloc’s €806.9 billion Recovery and Resilience Facility and is the last member state not to have had its recovery plan approved by the Commission — a step required before the end of the year.

The EU’s executive said it will approve the plan before the deadline but, just like it did with Poland over the summer, will work in milestones the country will have to reach to trigger waves of disbursements.

The European Commission’s plan contains 27 such “super milestones” that include the 17 remedial measures over rule of law concerns, as well as a reform to strengthen judiciary independence and new rules on auditing and reporting on EU funds.