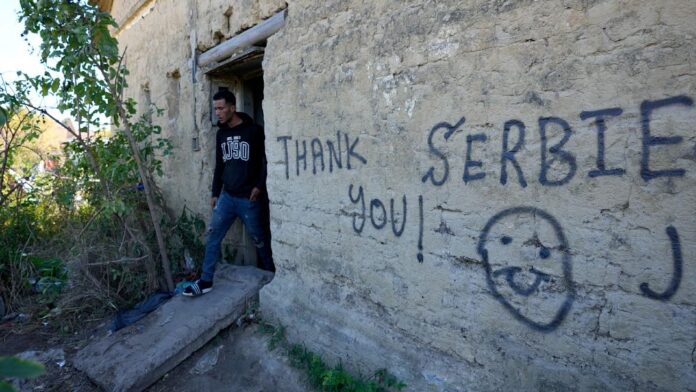 Staff from the European Union’s external border agency could soon be deployed at non-EU borders in the Western Balkans as part of a plan to curb irregular arrivals from the region, the European Commission announced on Monday.

“The number we have right now in the Western Balkans is around 500 personnel from Frontex deployed already but today they’re only deployed at the border between the Western Balkan partners and the EU external borders,” Home Affairs Commissioner Ylva Johansson told reporters.

“With a new mandate, it will be possible to deploy also internally so to say, between two different Western Balkan partners,” she said, adding that it’s for Frontex to decide on the numbers necessary.

More than 128,000 illegal border crossings into the EU were recorded via the Western Balkans during the first 10 months of the year, according to Frontex data. That represents a 168% increase from the same period in 2021.

Most Western Balkan countries have visa-free arrangements with the EU. Johansson said that Serbia is the main port of entry into the EU for such people.

It recently ended visa-free travel with Tunisia and Burundi and “they have also promised to do the same when it comes to India and also promised to align further with other third countries,” the Commissioner said.

She also told reporters that “with a stronger alignment in Serbia, there might also be a risk of new routes using visa-free regimes in other Western Balkan countries.”

Visa alignment is expected to be discussed by leaders at the EU-Western Balkans summit in Tirana on Tuesday.

Alignment with the EU’s foreign and security policy including sanction regimes, a prerequisite to accession into the bloc, will also be on the agenda.

Here, again, Serbia is an outlier having so far refused to impose any restrictive measures on Russia over its war in Ukraine.

Serbian President Aleksander Vučić has threatened to boycott the summit, held for the first time in a Western Balkan country, over a dispute with Kosovo.

The summit will come days before meetings of EU home affairs ministers and leaders in Brussels where the candidate status for Bosnia and Herzegovina and visa liberalisation for Kosovo will be discussed.

Share
Facebook
Twitter
Pinterest
WhatsApp
Linkedin
ReddIt
Previous articleBilly Donovan: “Those little things, those detail things, we’ve gotta have much better awareness on that” – TalkBasket.net
Next articleDamian Lillard on Blazers’ roster: “This is the first time we’ve had it this way, we’ve all had 40 points this season” – TalkBasket.net
RELATED ARTICLES
Europe