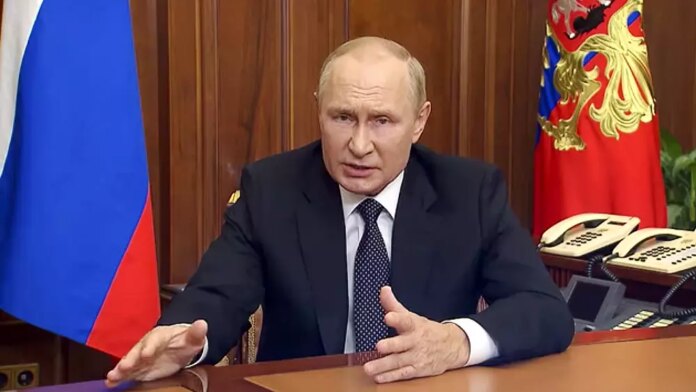 _Here’s a roundup of the top stories in Europe this week.
_
This week, Vladimir Putin announced plans to order a partial mobilisation of reserved army forces and organise referendums in the country’s occupied territories.

Western leaders fear Putin will use the referendums as an excuse to claim Ukraine’s eastern and southern fronts as integral parts of Russia, mirroring the 2014 illegal annexation of Crimea.

At the same time, the Russian leader intends to bring up to 300,000 reserved forces into the army through a decree of partial mobilisation, a move that experts see as a reaction to a counteroffensive recently launched by Ukraine.

“President Putin is showing his weakness now because what you see is that he plans to mobilise personnel that is less trained, less experienced, less motivated. And he wants to start sham referendums on Ukrainian sovereign soil,” the European Commission president told CNN during her visit to New York City, where she attended the opening session of the United Nations General Assembly.

“So, I think this calls for sanctions from our part, again,” she announced.

A spokesperson for the Commission later shared a statement explaining the new penalties will focus on “individuals and entities” that support the invasion of Ukraine and on “additional export controls on civilian technology as Russia moves to a full war economy.”

The Commission has yet to provide further details.

Flights leaving Russia to countries where visas aren’t required are selling out, as people seem to be fleeing possible conscription.

Mobilisation also spurred protests across the country with hundreds being arrested in anti-war demonstrations in some 40 cities.

Putin also renewed his nuclear weapons warning: “To those who allow themselves such statements regarding Russia, I want to remind you that our country also has various means of destruction, and for separate components and more modern than those of NATO countries and when the territorial integrity of our country is threatened, to protect Russia and our people, we will certainly use all the means at our disposal. This is not a bluff.”

Putin wouldn’t name any names, but he singled out “people in Washington, London and Brussels” who he says are seeking to defeat Russia by all means.

The European Union reacted sharply: “This reference to nuclear weapons represents an irresponsible and cynical attempt to undermine our steadfast support of Ukraine. These threats jeopardise, in an unprecedented scale, international peace and security. But they will not shake our determination,” Josep Borrell, the EU’s foreign policy chief said.

Meanwhile, the EU keeps working on measures to fight the economic fallout of the war including the energy crisis.

The Commission has put some proposals on the table that will be discussed at a meeting of EU energy ministers next week.

The war in Ukraine and the energy crisis briefly took a back seat at the beginning of the week when the world was bidding a last farewell to Queen Elizabeth II.