HomeNewsEuropeExplained: Where EU leaders stand on Ukraine's membership to the bloc
NewsEurope

Explained: Where EU leaders stand on Ukraine’s membership to the bloc 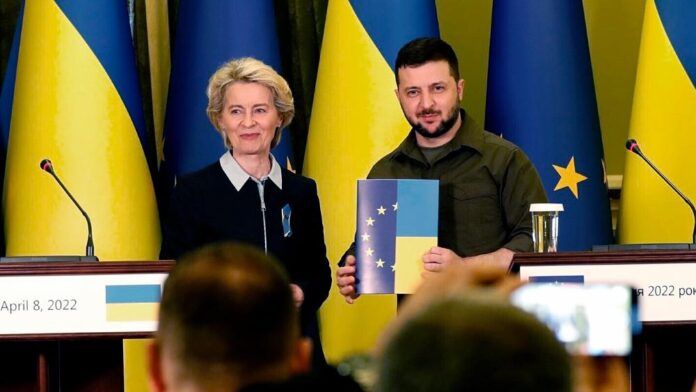 The European Commission is this week expected to endorse granting Ukraine candidate status for EU membership.

Kyiv filled out the necessary paperwork in just a month following the unprovoked attack by Russia, handing in the completed second questionnaire on May 9.

Moldova and Georgia have also officially put in requests to join the bloc since Russia’s invasion of Ukraine started.

The Commission will give its recommendation for candidate status on Friday (17 June) with EU leaders to vote on the motion at their next Council summit next week.

To become a candidate for EU membership, Ukraine needs the backing of all 27 heads of state but while some have openly backed the prospect — such as Italy and the Baltics — others have been more ambiguous.

France, Germany and the Netherlands have, for instance, stressed that candidate status is just the first step in a very long process and that there can be no fast-track system for Ukraine given that several countries in the Western Balkans have been in negotiations for years.

Watch our more in-depth report in the video player above.