German population hits a record 84 million due to Ukraine refugees 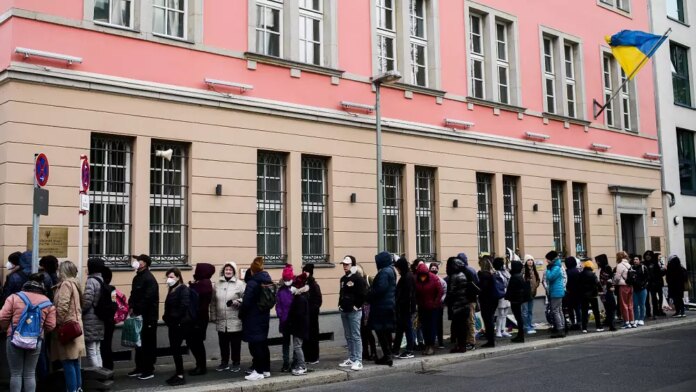 The influx of Ukrainian refugees to Germany has pushed the country’s population to a new all-time high of more than 84 million, the German Federal Statistical Office said on Tuesday.

Around 750,000 Ukrainian refugees came to Germany seeking safety from the Russian invasion in the first half of 2022.

Most of them were female, the statistical office reported, saying that by the end of June 501,000 more Ukrainian women and girls were living in Germany than at the end of 2021, while the number of Ukrainian men and boys increased by 248,000.

Germany experienced population increases of this magnitude before — both immigration-related — in 1992 and 2015.

In 1992, shortly after the fall of communism and Germany’s reunification, about 700,000 people arrived, fleeing the war in Yugoslavia, and coming from Eastern Europe following the opening of the borders there.

In 2015, almost 1 million migrants came from war-torn countries like Syria, Iraq and Afghanistan.