HomeNewsEuropeRussia solider, 21, on trial for war crimes in Ukraine
NewsEurope

Russia solider, 21, on trial for war crimes in Ukraine 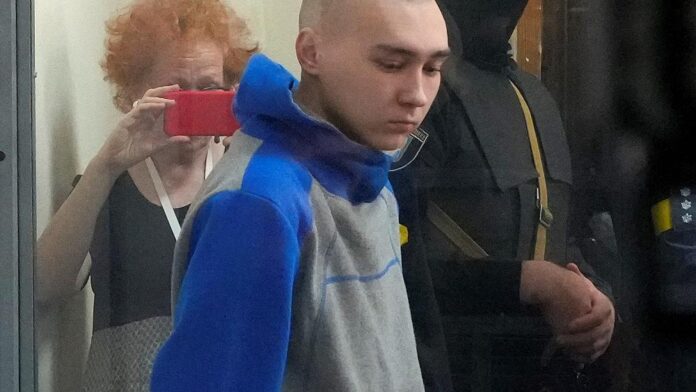 A young Russian soldier has gone on trial in Ukraine for war crimes, after he was accused of murdering a Ukrainian civilian.

The defendant who appeared in the court in Kyiv on Friday is Vadim Shysimarin, a 21-year-old sergeant in a Russian tank division.

He is accused of murdering an unarmed 62-year-old civilian, which is a war crime under international law.

The case marks a watershed moment as it is the first time a Russian soldier has been accused of war crimes since the invasion began in February.

Shysimarin, who was brought before the court in a preliminary hearing, faces life imprisonment under charges of war crimes and premeditated murder, if found guilty.

It is alleged that the Russian sergeant, who had been fighting with the Kantemirovskaya tank division in north-east Ukraine, killed the civilian on 28 February in the village of Chupakhivka.

He is accused of shooting the unarmed man in the head from a car window, after being ordered “to kill the civilian so he would not report them to Ukrainian defenders,” say the prosecutors.

The elderly man was riding a bicycle and talking on the phone when he was shot, only “dozens of metres” from his house.

Speaking at the court on Friday, Shishimarin confirmed his name, address, marital status and that he was a Russian serviceman.

He declined a trial by jury.

Shishimarin will tell the court at a later date whether or not he denies the charge, his lawyer Viktor Ovsyannikov said.

A spokesperson for the prosecutor’s office said: “Investigators of the SBU [Ukrainian secret services] have collected enough evidence of his involvement in violation of the laws and customs of war combined with premeditated murder.

“For these actions, he faces 10 to 15 years in prison or life in prison,” they added.

The judge said the court will reconvene on 18 May, after the case was filed at a criminal court earlier in the week.

“He is here, we have him,” said Ukraine’s prosecutor general, Iryna Venediktova, referring to Shishimarin, in Kyiv on Tuesday.

Russia said it had no information about the sergeant’s trial and the country has repeatedly denied its forces have committed war crimes in Ukraine.

Two other cases are set to be heard in the Kyiv court over the coming days.

One of these is the trial – in absentia – of Mikhail Romanov, a Russian soldier accused of rape and murder.

He allegedly broke into a house in March in a village near Kyiv, murdering a man and then repeatedly raping his wife while “threatening her and her underage child with violence and weapons.”

The number of alleged Russian war crimes registered by Ukraine’s general prosecutor surpassed 11,000, with Unicef reporting that at least 100 children have been killed in the war in April alone.

Could social media firm Meta have alerted authorities about the Texas shooter?