‘You are a mess guys’: Albania PM angry over EU membership delays 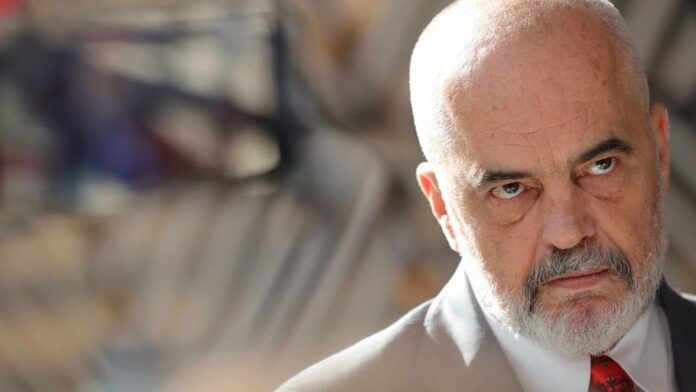 The six Western Balkan countries met with EU leaders on Thursday to further discuss their integration into the bloc.

Representatives from Albania, North Macedonia, Serbia, Bosnia and Herzegovina, Montenegro, Serbia, and Kosovo all flew to Brussels to meet their European counterparts.

The joint summit came amid tensions over Bulgaria’s veto of launching accession talks for North Macedonia, which has also put on hold negotiations for Albania.

Ahead of the summit, Albanian Prime Minister Edi Rama blasted EU leaders for the delay.

“You are a mess guys, you are a big mess and you are a disgrace and I think it’s a shame that a NATO country kidnaps two other NATO countries while in the backyard of Europe there is a hot war and of course, it’s not good to see that 26 other countries sit still in a scary show of impotence,” Rama said.

There had been some hope that there could be movement in Bulgaria after opposition leader Boyko Borissov appeared ready to proceed with opening accession negotiations.

But Bulgarian Prime Minister Kiril Petkov, who led the shift in the government’s position, called Borissov the “most dishonest person I know” on Thursday upon arriving for the European Council summit.

“He tells in the morning ‘I want to support North Macedonia’s entrance into the EU’ which is a great position [and] at the same time he blocks the committee in the parliament the same afternoon,” Petkov said.

European Council President Charles Michel said he was watching “closely” the developments in Bulgaria and said it was a “top priority” to start negotiations with both Albania and North Macedonia.

Despite being long ago promised a European perspective, the Western Balkans have seen their EU bids hit a wall, with dwindling prospects of a significant breakthrough.

As the bloc moves with record speed to grant Ukraine and Moldova candidate status to join the EU, German Chancellor Olaf Scholz has urged his fellow EU leaders to re-invigorate the integration of the Balkans and curb Russian influence across the region.

“The most important [thing] is that the states from Western Balkans will have a good opportunity to become really members of the European Union,” said Scholz ahead of the joint meeting on Thursday. “They’ve worked so hard, so it’s our common task this something that will happen.”